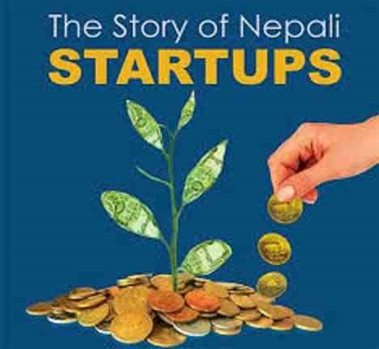 Every year many new and young entrepreneurs are coming up with new innovative ideas since the last seven-eight years so that the startup scene in Nepal has changed significantly. And it is estimated that about 60’s number are in the pace of successful startups in Nepal. It can also be said as these are the companies which are running in good profit.

Due to the absence of Venture capitals in the ecosystem, a young Nepali startup ecosystem has been in the making and tried their best over the period. Since many young and energetic youth has done many successful startups belonging in the IT sector, the future of the Nepal startups is seen bright.

One of the most successful Nepali startups, Mark Sears, CEO of Cloud Factory thinks “The Nepali startup scene is heading slowly but surely in a good direction.” Similarly, Bidhyabaridhi Sigdel, Investment Director at Dolma Impact Fund has given similar views “Now we see new and unique businesses, which involve a brilliant choice of timing and products.”

There are many companies established in Nepal which provide facilities nationally as well as internationally. Cloud Factory and F1Soft are the two companies among many which offer service to both.

Similarly, like Grepsr is a company which was specializing in crawling web service and provide service to international clients like The Boston Consulting Group, GE Capital and Target. Likewise, Subrat Basnet, one of the co-founders of the company emphasizes the tremendous opportunity for the tech entrepreneurs in Nepal to make an impact on a global scale.  He further added that with the growth of local talent, low-risk investment and low operational cost, among other things, Nepali tech entrepreneurs can compete in the global market if they have great ideas and the right marketing.

Innovative companies such as Grepsr, 11Beep, and CashOnAd are pioneering a revolution on tech entrepreneurship in Nepal. They are planning big and launching their services beyond the borders of Nepal. Besides now the government has also understood the importance of entrepreneurship in Nepal. So they provide startup Funds to any entrepreneur.  Similarly, the government has been running a BIP (Business Incubation Programme) under the Department of Cottage and Small Industries (DOCSIS). The BIP which has been running for the last eight years is targeted at supporting startup enterprises.

One significant challenging problem faced by many new entrepreneurs is that they meet lots of challenges to launching their products nationally as well as internationally. Beside the most critical challenge is the finance for every new entrepreneur.