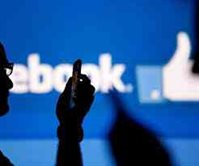 ” The findings send an important message to parents and suggests to increase mental health support services offerings on these websites “said by researchers Hugues Sampasa -Kanyinga and Rosamund Lewis from Ottawa public health in Canada.

The duo compared time spending on social networking sites on teenagers. They analyzed data on students from grades 7- 12 from the “Ontario student Drug use health surveys “.

Mr. Brenda Wiederhold from the Interactive Media Institute in San Diego, California says that social media is the place where teenagers have problems and solutions. Therefore it was a perfect place for public health service providers to reach out to people who are vulnerable to this issue.

The paper appeared in the journal Cyberpsychology, behavior, social networking which was a pretty bold step to issue and spread awareness.