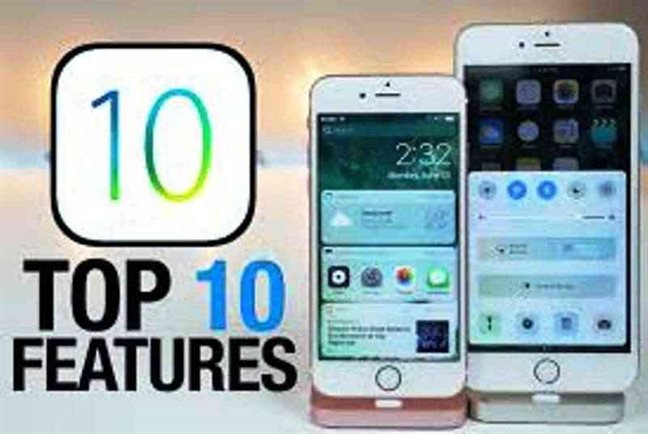 The iPhone 7 design looks a heck of a lot like the iPhone 6 and 6s. There are two new color options in addition to silver, gold, and pink. The first new color is called jet black, which adds a glossy finish to the iPhone 7 that makes it look like the aluminum body blends almost seamlessly over to the front glass. The second option is called just black, and it has a matte black finish with a smoked out Apple logo.

The physical home button that has been on the iPhone since day one is no more with Apple redesigning the new home button on the iPhone 7 to be a new solid state button that technically works the same as it did on the iPhone 6s with the only difference being it doesn’t physically click in. Instead, when you press down on it you get taptic feedback with the help of iPhone 7 new taptic engine, which is now more responsive with a wider range of frequencies. The button’s click sensitivity can actually be adjusted in the settings, which is the first of what Apple says are many more customizations to come.

The iPhone 7 and iPhone 7 Plus are now iP67 water and dust resistance. With Apple sealing the phone internally and even using adhesives to help the phone survive the accidental spill.

Probably the biggest new feature on the iPhone 7 is the camera on both the front and on the back. The rear camera is an all-new 12-megapixel sensor, which Apple says is 6% faster and 30% more energy efficient than the one on the iPhone 6S. It’s now capable of taking wider color gamut photos which will work nicely with the improved display and there’s a new six element lens with F stop of 1.8 compared to 2.2 on the 6S which result is 50% more light getting in than before. The iPhone 7 also get optical image stabilization which previously was only available on the larger Plus models allowing it to take exposures of up to three times longer than the iPhone 6S which combined with the higher F stop should make the photos you take in low light look a heck of a lot better.

But Sometimes even the best low light cameras need a little help from the flash and on the iPhone 7, the flash is better than ever with four different LEDs instead of just two like on the iPhone 6S that combine to be 50% brighter. There is also a flick sensor that detects the flicker that artificial light sometimes produces and it has the camera automatically compensate for it. The 7Plus camera takes things to the next level. Instead of one 12 megapixel camera on the back, there are now two 12 megapixel cameras one of them is used for your regular wide photos with an F 1.8 28 millimeter lens, while the other is a telephoto F 2.8 56 millimeter lens which effectively allows you to do 2X optical zoom that can be increased digitally up to 10X.

Switching between the 1X and 2X camera is as simply pressing the button right above the shutter then you zoom into 2X without losing any image quality or adding the noise that typically comes with digital zoom. This dual lens setup also comes with the ability to do depth of field effects so you can get a nice blurry background while taking a picture of someone. Though this feature won’t be available at lunch it’ll come out sometime later this year.

The iPhone continues its trend of being one of the most global ready smartphones out there with the iPhone 7 supporting up to 25 LTE bandwidths. It also supports LTE advanced which can handle data speeds of up to 450 megabytes per second which is 50% faster than what was available on the 6S and three times faster than the iPhone 6.

The fact that Apple has finally decided to ditch the 16-gigabyte baseline on the new iPhones which in this day and age of high-resolution photo and video just doesn’t cut it anymore. The iPhone 7 now starts at 32 gigabytes at the $649 price point with the $750 model skipping 64 gigabytes and jumping all the ways up to 128. And then for you heavy storage users there is now a whopping 256-gigabyte model available which will set you back $850.

The new quad-core A10 fusion chip finally brings a quad-core processor to the iPhone with two of the cores being high-performance cores that result in a CPU that is 40% faster than the one on the iPhone 6S and a six-core GPU that is 50 % more powerful than what the A9 was packing. All of the extra horsepowers can lead to apps and games that were simply not possible before. Specifically with the games with some new titles launching alongside the iPhone 7 that supposedly bring near console quality graphics to your pocket.

With a faster chip, the new tactic engine and the improved display all were thinking about battery life. Well, Apple says that the iPhone 7 is going to on average last you two hours longer than the iPhone 6s. the iPhone 7 plus, on the other hand, is supposedly going to last you one hour longer than the iPhone 6S plus which is already a beast to beings with battery. This extra battery life extends partly to the A10 fusion chip which again is a quad-core with two high-performance core that we just talked about and two low-performance cores that will only be used for tasks that don’t require a bunch of processing power like checking your emails for example in the background.

The iPhone 6S speaker is actually not that bad compared to phones like the Galaxy S7. But thankfully Apple didn’t just settle for the status quo. The iPhone 7 now has dual stereo speakers with one of the speakers being at the bottom right where it was on the iPhone 6S and the other new speaker being at the top by the earpiece. This is a similar setup to what we saw on the HTC 10. Apple says that it’s two times louder and increasing a dynamic range