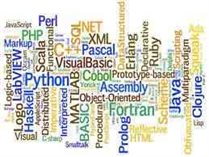 It is essential to learn about the right programming language for every software and web developer.

A programming language is a unique language which is used by the programmer for developing applications, scripts, or another set of instructions for computers to execute.

For a developer, it is essential to recognize their needs and learn the right programming language. If a developer knows the latest trends and the rising words, that generally means they know the x-factor that can make all the difference. Developers always need to be updated by themselves so that they can work according to the new trend. It is not an easy task, still to keep themselves updated; they do all kinds of hard work needed to be in the first position. The result of Red Monk’s bi-annual programming language ranking is out, and it shows all the trends that you need to know.

The developer research company has been rating and ranking the programming languages ever since 2010. It has once again confirmed the fact that JavaScript is the language of the web.  Java comes in second place and closely rivals JavaScript for the number one place. The list shows that over the years, the scenario has changed just a little bit only though there are many other programming languages out there.

Another interesting observation which has been seen is in the form of Apple’s Swift breaking into the top 20. It’s worth mentioning that it has enjoyed exponential growth over the past year. And also it is their great achievement.

“Swift’s explosive growth has been primarily fueled by Apple’s decision to anoint it as the successor to Objective-C,” says Stephen O’Grady, a Red Monk analyst. “It’s grown faster than anything else we’ve seen while targeted primarily at iOS; if it becomes more versatile, it will be interesting to consider what kind of growth we could see,” he added.

Get The Complete 2015 Learn to Code Bundle here

The list given below shows Google’s Dart, which is an open source language as a replacement for JavaScript, has failed to make an impact.