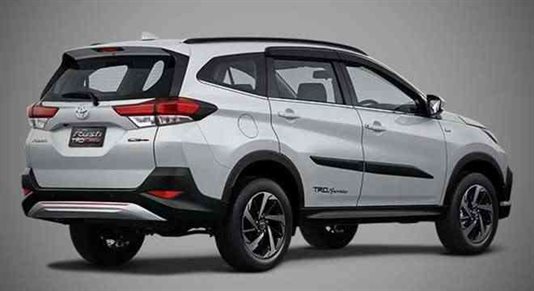 The much-anticipated car of the year ‘Toyota Rush 2018’, a five-seater compact SUV,
is a now out on the market.  Continuing the legacy Toyota this time also surprised all the car enthusiast and its buyers. Over 200 Toyota Rush was sold via pre-booking which proves Toyota as one of the dominant car company in the Nepali market.

The car comes with a manual seat controller. Since the Toyota Rush is available in various colors, it has got a dashing look. In this Toyota Racing Development (TRD) we get some different parts for example under guard, great fog lamp. The car features 6 inches of the tire with disc brake.

Another exciting part is if we look car from the bottom its ground clearance is high enough, i.e., 220mm. Regarding its audio system, it has got Bluetooth and USB connection. Similarly, it is equipped with Eight speakers six on the front side and two on the back side.

Demand for the all-new Toyota Rush is high due to the Japanese carmaker’s history of producing excellent vehicles which continue to meet consumers’ need in Nepal reports The Kathmandu Post.

Price of Toyota Rush in Nepal: