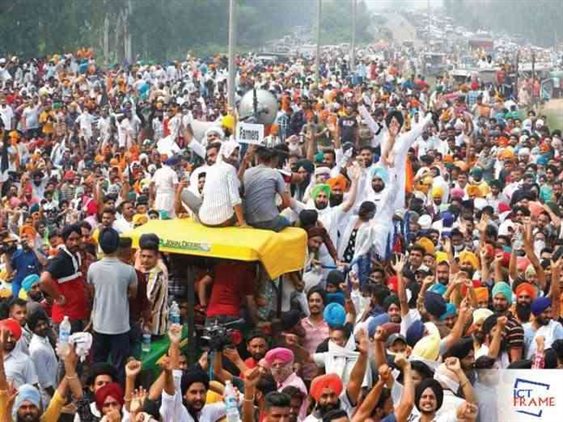 1000 farmers from Punjab and Haryana are surrounding the capital city of India, New Delhi, as a protest against the newly passed farm laws. But, amid the ongoing dispute, the framers seem to have gained new allies who support their protest using the 21st century’s most noticeable platform: Twitter.

It all started when Bhavjit Singh, a Sydney-based young It professional came to India, decided to join in on the ongoing protest siding with farmers. Bhavjit Singh who didn’t have any plans to further his stay in India was shocked after he noticed that the farmers were receiving backlash from social media when some misleading content surfaced. Old, unrelated pictures and videos, including some protests outside India calming for an independent Sikh homeland, were passed off as the current farmer protests. He decided that it was about time for the world to know what was really going on. In late November, on a platform far more used than Facebook and Instagram, a new Twitter handle was created: @Tractor2twitr, representing that farmers are now taking this from tractors to Twitter.

The account @Tractor2twitr is operated by volunteers all around the world who support the farmers, with many followers, who push a new hashtag a day to keep the attention of everyone on this topic. The highest trending hashtag was #FarmersDyingModiEnjoyig which was battling #ModiWithFarmers.

The laws that the farmers are so desperately trying to oppose are: The Farmers’ Produce Trade and Commerce (Promotion and Facilitation) Act, The Farmers (Empowerment and Protection) Agreement of Price Assurance and Farm Services Act, and The Essential Commodities (Amendment) Act, that first came out in the month of June and was approved by the Parliament during the monsoon session. The major concern that the farmers have is that the MSP (Minimum Selling Price) system would be irrelevant with the enforcement of these new rules. This would mean that the farmers would not have guaranteed income from their farming. Farmers claim that the big companies would benefit from this and would dominate the market leaving a minimal profit for them.

Considering that even before the laws were passed, more than half of the Indian farmers were greatly in debt and the farmers’ suicide rate was exponentially high, the passing of this law has only made the worries of these farmers grow. They fear that the very law that had protected them all these years will no longer be able to do so. Hence, they are on the roads and social media protesting against it.