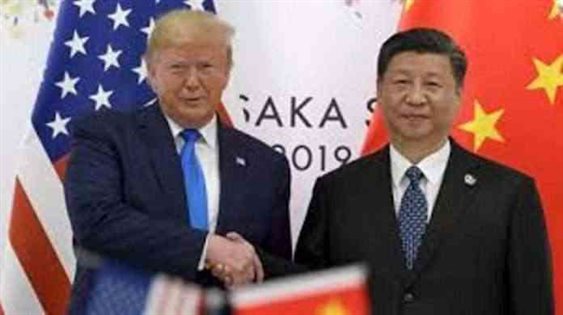 The trade war between two giants, the USA, and China that had been going on for the past nine months has halted for the time being.

During the G-20 summit held at Osaka, Japan, the president of United States, Donald Trump and President Xi Jinping agreed to reignite the trade talks and promised to hold on to the new tariffs on one another’s imports.

After the agreement, the US won’t include the additional $300 Billion on Chinese products, and China has agreed to buy American products to maintain the balance. The major conclusion of the meeting was the release of the ban imposed by the US on one of the biggest Chinese information technology company Huawei.

Trump mentioned that American companies can now legally sell Huawei products which were recently banned with security concerns. The ban imposed by the USA led to the outburst of the trade war and hence added fuel to it. The mentioned ban was imposed by the USA claiming that Huawei was stealing their data through its own devices.

Donald Trump had accused China of stealing Legal data from the US. He claimed that China compelled USA to give away its security-related data by selling its products in the USA. However, China didn’t accept the accusations.

Although the start of the trade war, the two parties have had 11 meetings related to trade that went without a conclusion.

Huawei, on the other hand, released reports claiming that it had not stolen any type of data. The government of the USA had already blacklisted the company that forced other US-based companies to stop their trade with Huawei immediately.

The meeting between Trump and Xi Jinping proves to be a relief for China and the Chinese company that was at risk of increased tariff rates. This agreement between the two countries has halted the trade war as of now.