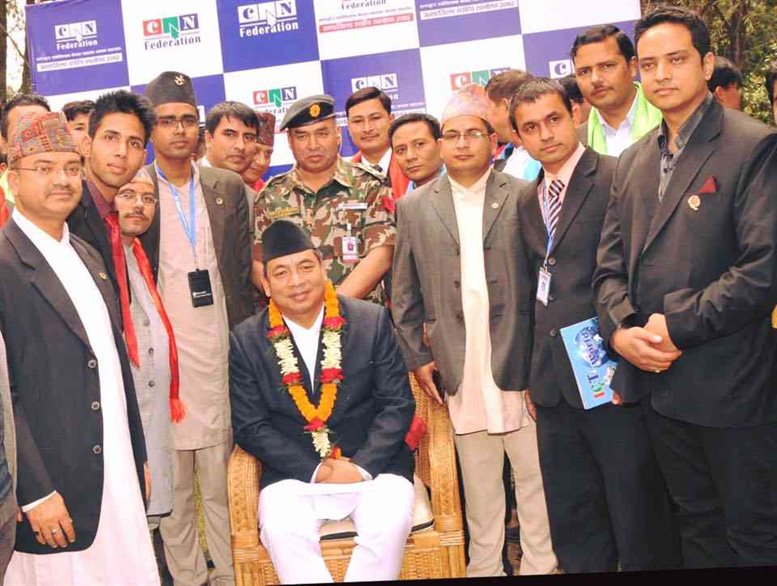 Computer Association of Nepal(CAN) Federation organized a  District level conference on Friday (1st April 2016) at Dhulikhel on that program Vice-President of Nepal Nanda Bahadur Pun said due to delay in the reconstruction work earthquake victims badly suffered. He said it so sad for all of us that the work of rebuilding has not moved on pace according to our expectation.

The donor is being expressed dissatisfaction for the delay in work. He said One year passed but the government has no any fixed efforts on it.I want to draw the attention of the respected Prime Minister on reconstruction work.

He said in the implementation of E-governance process information, and communication technology can be an instrumental means to the general public to access public service facilities in a simple, easy and effective way.

I am presenting on program CAN Federation Chairperson Er.  Binod Dhakal added the view that roads, office buildings, schools and colleges, playground, theater, hotel, and other infrastructure must be technology supportive.