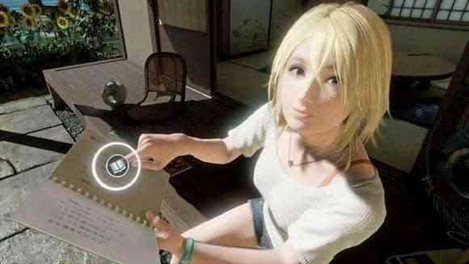 Sitting in a wheelbarrow sliding down a steep rocky path, feeling the adrenaline wash over you, the gruesome tunnel smells like coal, it is dark and you can feel claustrophobia getting at you and all of a sudden you are going down with a speed of more than a 100 miles per hour and you can feel your heart skip a beat, your hair mauled all over your face, hand clamped tightly on the pulley trying to slow it down as the track seems to end but the wheelbarrow continues its fall below, down, down and down. But there is nothing to be worried about. Such an environment is created nowadays with the help of graphics designing where people manipulate the virtual objects in a three-dimensional virtual environment which is not too far from the actual reality.

What is virtual reality?
Graphics and designing are still on its early stages of embarking success yet graphics and designing along with human-computer interaction (HCI) collaborated to work on the creation of Virtual Reality. The term ‘Virtual Reality’ was given by Jaron Lanier in 1989. It can be defined as an environment created to circulate according to a person’s view with the help of HCI and graphics. It gives a sensation that seems real which is created by a virtual environment. Virtual reality is not far behind yet it has much caught up to do.

Brief history
For years now, people have strived for more with their curiosity. After the brief introduction of virtual reality, people wanted more of it. Not just a mere feeling of seeing things a bit out of ordinary or hearing or feeling things. In the present context, virtual reality is much more. Virtual reality has allied with almost every field creating a humdrum in the current generation.

The trigger of simultaneous feelings of various sensation is caused by none other than Sensorama. Sensorama, built in 1962 is a machine which gives a person a 3D effect by producing a sensual atmosphere. It was created by Morton Heilig after he created his writing called “Cinema of the Future” along with the machine which roused most of the senses including sound, vision, aroma and touch called as Sensorama Simulator. It was a small machine with side-by-side 35mm dual film camera. Heilig himself created few short stories for the device.

The Ultimate Display by Ivan Sutherland in 1965 to the Swords of Damocles which worked as a hardware part. One of the first feedback system Argonne Arm is based on GROPE system by Brooks in 1990. Next came, the Video place by Myron Krueger around 1975 which helped people in same room communicate by image projection in the screen they contained.

Virtual reality fails in many aspects, yet it is growing slowly and steadily. It has governed the world without the consent of the world, and it will keep on booming. Virtual reality is not too far from the actual truth and it gives us a sense of freedom we cannot find in fact. Thus, people opt for this. And due to these reasons, virtual reality in the not too distant future will have a huge part in every chapter of every field making it more exciting and fun.