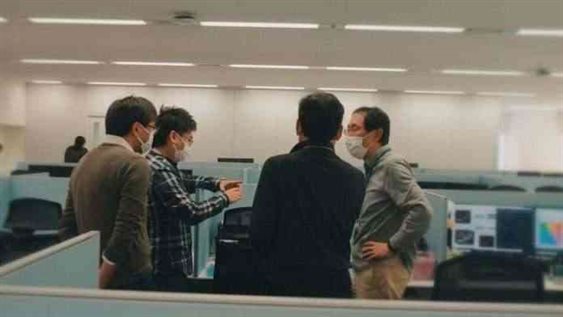 When it comes to cutting-edge imaging technologies such as the ultra-wide-angle camera, telephoto camera, and TOF camera, what do these have in common?

They are the “molecules” or building blocks that make up a smartphone’s imaging module and also form the hardware foundation for good imaging performance. To view, these imaging components mean much more: they also underpin Vivo’s global R&D strategy.

In 2019, the Vivo Tokyo R&D center was established in Shimbashi, Tokyo, and it set its sights on the pre-research and development of technologies that can be applied two years later.

Why does the center conduct pre-research two years in advance? Why was Tokyo chosen as the location for the research center? To answer these questions, we trace back to 2017 when the center was not yet established.

That year, the mobile phone market was fast-growing, with intense competition between older and newer brands.

When competition shifted from marketing to core technologies, “globalization”, a term frequently used by the trade and manufacturing sector, began to appear in the R&D sector. It was in that exact year that Vivo decided to take a step ahead by announcing the launch of its global R&D strategy.

The vision behind the strategy is to make full use of valuable resources in different parts of the world to conduct different R&D work.

The establishment of the Vivo Tokyo R&D center was also based on this strategy.

“Japan has more than 100 years of history in mobile imaging development and has undergone huge transitions from film to digital imaging (including lenses, sensors, and motors).” Mr. Masazumi believes that mobile camera technology can only be developed on the foundation of a robust and mature imaging industry, which is precisely the biggest advantage of Tokyo as the location of the Tokyo R&D center.

As the Tokyo R&D center grows its focus has gradually expanded from mobile phone imaging to more niche areas such as car cameras, sports cameras, and industrial cameras.

These technologies may have not fully emerged in other markets. But with the launch of the Vivo signature gimbal camera and the completion of Vivo’s global manufacturing bases, the successful application of the above technologies is worth looking forward to.

In Vivo’s corporate culture, being user-oriented remains the main principle guiding Vivo’s R&D work. Whether it is the gimbal camera, the V1 imaging chip, these are all based on Vivo’s insights and overall review of consumer needs.

On communicating with HQ on the latest data and technology trends, Mr. Masazumi said, “Although we rely on online meetings most of the time now, we actually communicate more and the exchange of information is smoother than ever.”

The planning/product team in HQ analyzes future research trends of smartphone imaging based on user feedback. This information is then shared with the Tokyo R&D team.

In this process, Mr. Masazumi realized that the demands globally are changing. “Global consumers have higher expectations of HD imaging but there is less and less space left for the lens module within the phone itself.”

Given this contradiction, Mr. Masazumi believes that one major direction of future imaging hardware development is to make it “miniaturized and integrated”. He explained: “camera lenses now are generally assembled.

In future, they might all be integrated into one piece, with sensors that are more sensitive and faster.”

The Setting of the Tokyo R&D center is the epitome of Vivo’s global R&D strategy. In 2017, Vivo proposed that its technological research would no longer focus on a single aspect but would focus on the innovation of the smartphone as a whole.

To achieve this goal, Vivo has 10 R&D centers in Shenzhen, Dongguan, Nanjing, Beijing, Shanghai, Hangzhou, Xi’an, Taipei, San Diego, and Tokyo, which are devoted to the development of cutting-edge consumer electronics technologies and services, including 5G, artificial intelligence, industrial design, imaging system, and other up-and-coming technologies.