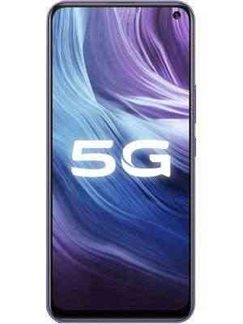 Chinese smartphone manufacturing company Vivo is currently one of the favorites when it comes to mid-range to low priced mobile devices. The company is set to unveil its much-awaited smartphone ‘Vivo Z6 5G’ in the global market next Saturday. The company has recently received a much-anticipated audience since it is regularly bringing smartphones at a lower price, with some fantastic features inbuilt in them. The company is one of the leading sellers in Nepal and South Asian markets alike.

The company is preparing to make the phone public from China. The phone is based on Qualcomm Snapdragon 765 chipset based on Vivo. However, no information has been released regarding the RAM and ROM used on the phone. But for what we know, the phone is going to have correctly balanced memory chipsets to complement other features of Vivo Z6.

Similarly, no information has been obtained regarding the screen size used on smartphones. However, the phone is said to come with four camera setups on the rear side. There is a fingerprint sensor on the back of the phone, and there is only one camera for selfies. With no on-screen fingerprint sensor, the phone does take away some excitement that the audience has regarding the launch.

The phone runs on a 5000 mAh battery. The phone has a fast-charging system capable of 44 watts, which are reported to support the 5G network as well. As mentioned, the price of this phone is estimated to be Rs. 48500 in Nepal.

The Redmi Note 11T 5G is Already Available on Amazon

Vivo Extends The Festive Offer: Who Will win the Bumper Prize?