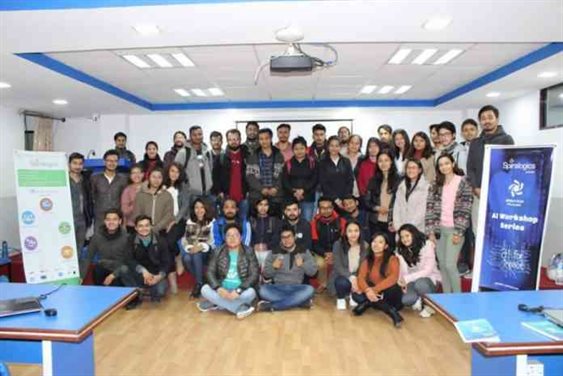 Spiralogics successfully conducted its second AI workshop titled “AI Workshop: Art of using Naive Bayes for Binary Classification and Spam Detection” on 15th Dec, Saturday. There was a total of over 50 participants which included IT students and AI enthusiasts. The program was held at Softwarica College of IT and E-commerce, Dillibazaar. 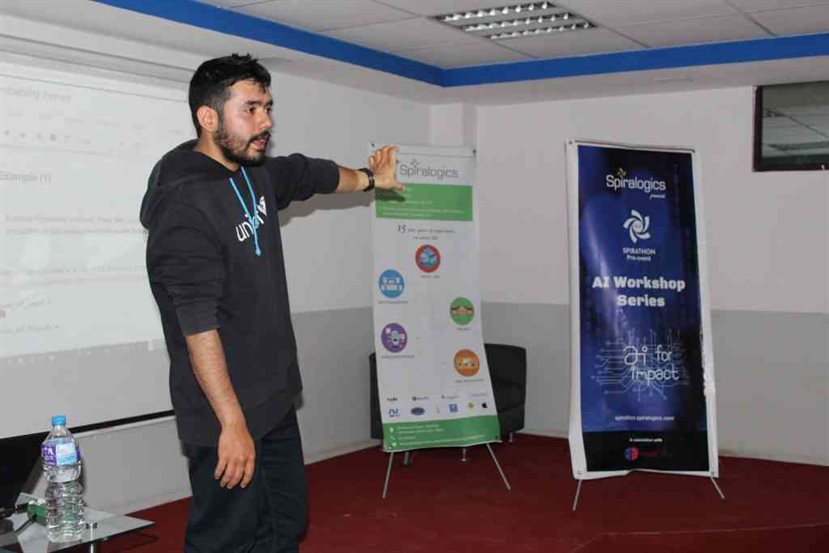 Spiralogics is organizing a series of workshops throughout December as pre-events leading up to its main event – Spirathon. The studios are done in collaboration with Nepal.ai community and are being held at various IT colleges in Kathmandu.

This year 2018, Spirathon is focused on exploring and explaining the ways how AI can create a positive impact on various aspects of your life. Spirathon-Artificial Intelligence for Impact is not just any ordinary Appathon. It is a platform which will act as a driving force in encouraging the implementation of AI (especially in the Nepalese environment).

Mr. Ayush Subedi, former CTO of Tootle, Co-founder of Moonlit Solutions, facilitated the workshop where he discussed over the following topics:

The session started with Mr. Ayush revising the concepts of probabilities that gave us the remembrance of our school days and participants also applied the underlying problems through the code in their Jupiter notebook. Then, the concept of probabilities gradually deepened and the speaker explained how these concepts are needed in the real world from the medical field to diagnose type I and type II error and how the same ideas can be used for spam detection techniques. A dataset containing Spam and Ham messages were taken through the supervised machine learning process from the beginning to end: from preprocessing the data to building the model, learning from the training set and applying the model to the testing set and finally to calculating the efficiency of the model using accuracy, precision, and recall.

The program concluded with the Networking Session where participants interacted with each other and the speaker.

Spiralogics Family would like to thank Mr. Ayush for taking out the time and conducting such an informative session. They are also thankful to the IT and Editorial Club of Softwarica for assisting our team during the workshop. The next AI workshop will be held at Kantipur City College. The session is titled “Third AI Workshop: AI Workshop: Deep Learning for Face Detection with Convolutional Neural Networks” and will be facilitated by Mr. Akash Adhikari.

How To Start Online Recharge Business In Nepal?