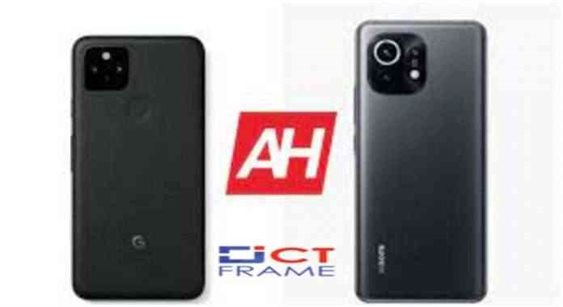 Xiaomi is a Chinese multinational electronic company. Xiaomi has launched the new phone called Xiaomi mi11 in China previously with the Chinese version, but now it has launched the global version. The phone is of the premium mid-range category.

You can get the premium features with a mid-range budget. The phone comes with a huge AMOLED display of 6.81 inches with an aspect ratio of 20:9. Mi 11 is powered by the premium flagship chipset of this year, Qualcomm snapdragon 888 octa-core processor. No phones can beat the display quality of Xiaomi. Xiaomi Mi 11’s screen is top of the line. The huge display is back by the 4,600mAh non-removable battery and got 55W fast charging and 50W wireless charging with reverse wireless charging of 10W in it. It has 8 GB of RAM in its base version, and it goes up to 12 GB.

It has got dual speakers sound by Harman Kardon. This phone is very good for multimedia purposes because it has got a huge display with a 120 Hz refresh rate and has great speakers on it. It runs MIUI 12, based on Android 11, and got 128/256 GB of storage. The phone has 2 slots, both for Nano-SIM cards. It has got a Type-C port for charging.

As we know, Google is an American multinational technology company which has mainly specializes in internet services like search engines, cloud computing, software. Still, it is making products like mobile phones and laptops. Pixel is its mobile lineup, and Pixel 5 is Google’s latest phone in the market. Pixel 5 is one of the compact phones in the market with a display size of 6.00 inch OLED touchscreen with a 19.5:9 aspect ratio. It is not powered by the premium flagship processor but the good 1.8 GHz octa-core Qualcomm Snapdragon 765G processor.

The display is on the smaller side, so the battery of 4080mAh is more than enough to run it the whole day. It supports fast charging as well as wireless charging and reverses wireless charging. It gets 8 GB of RAM on it with 128 GB of storage. Pixel has beaten the other mobile phones in the camera comparison since its first launch. Pixel 5 seems to do so again with a dual rear camera setup with the main camera having 12.2 megapixels (f/1.7 aperture) and pixel size of 1.4 microns with OIS and 16 megapixels (f/2.2 aperture) and 1.0-micron wide-angle camera.

The front camera gets 8 megapixels (f/2.0 aperture) with a 1.12-micron pixel size. The numbers don’t seem that impressive, but Google does all thing with the help of software. Pixel 5 supports 5G. It gets a 90 Hz display. It used to run on Android 11, but in the latest Google I/O, they have announced the Android 12, and you can find the update in the device and run it. The phone supports 2 SIM cards. One is Nano-SIM, and another is e-SIM. It got a Type-C port for charging.

Comparison of Google pixel and Xiaomi

Speaking about the Display, there’s no comparison when it comes to displaying quality. The Xiaomi Mi 11’s screen is top of the line, whereas the Google Pixel 5’s lies somewhere in the second or third tier. The Xiaomi Mi 11 display is also extremely fast, whereas pixel 5 is considerably slower.

The Xiaomi Mi 11 uses the brute force approach, with a huge, top-end 108MP f/1.9 Samsung ISOCELL HM3 image sensor. At the same time, Google relies way more on its algorithmic smarts in the Pixel 5 camera. Google no longer has the lead on image quality as Xiaomi Mi 11 camera.

Without any doubt, Xiaomi wins the performance stakes. The Xiaomi Mi 11 benchmarks way higher than the Pixel 5. The Pixel 5 uses slower LPDDR4x memory rather than the Mi 11’s LPDDR5 RAM.

The Xiaomi Mi 11 runs on a 4600 mAh battery, significantly larger than the Pixel 5’s 4080 mAh cell. Xiaomi Mi 11 would burn through a full charge pretty quickly, given a chance. The Pixel 5 only has support for 18W wired and 12W wireless, so you must wait more than an hour for a full charge if you’re really low.

Both of these phones undercut the $1,200 / £1,200 smartphone heavyweights. While the Google Pixel 5 only approximates the flagship experience, the Xiaomi Mi 11 is very hard to distinguish from those pricier rivals. If you’re not willing to pay more than $699 / £599 for your next phone, the Pixel 5 remains an excellent option.

Mi 11 is a huge phone, and pixel 5 is a compact phone in size. Pixel 5 has got clean UI and has not got any unwanted apps. Pixel is more secure because it is backup by google. Pixel 5 will get the android update faster while Xiaomi updates take some time. Mi 11 is very good for multimedia purposes.