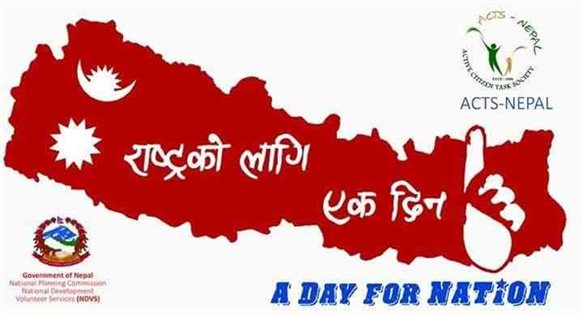 It’s true that generosity and nationalism reside in Nepalese Youth. Today, as ACTS- Nepal and National Planning Commission jointly launched its campaign “Rastra ko Lagi Ek Din- A Day for the Nation” thousands and thousands of young have come together working hand in hand to support the victims in their way.

They show today’s youth are social, humane and caring; they can act and make the impact in the society through their small effort.

The common goal Rastra ko Lagi Ek Din guided an individual who wants to provide a touch of their hands in the life of victims rather than banging the head in a wall. 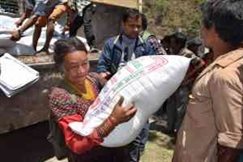 ACTS Nepal initiated a campaign of making shelters for victims with the purpose of providing temporary settlement as the risk of monsoon rise in the horizon. It’s true building a temporary individual home in not only the alternative for the chance of future, but it also consumes a lot of time to make and might be not safe during the monsoon and too government has a specific plan for the individual home.

ACTS Nepal working hand in hand with senior engineers and a team of active volunteers designed the community hall which is more resilient to an earthquake and safer than a temporary house.

A volunteer with ACTS- Nepal said that this concept help the community and helps to promote social inclusion practice in Nepal focusing on strengthening community networks and partnership led and supervised by local people.

This concept seems to work in the current scenario. They are also working in other areas, i.e., agriculture, education, and health as well from the same community center.

One of the representative of ACTS- Nepal said, after the completion of one project will mobilize volunteers especially the victims of the same community hall because victims understand the victims more than anyone and to start a campaign of together we can and we will.