With the huge success of the first conference held on July 21, 2018, at the capital, Hotel Yellow Pagoda. The angular team has organized the second conference in Bougainvilla, Tripureswor Kathmandu on 31st August in association with local organizers ASPNET community and Mentor Nepal. 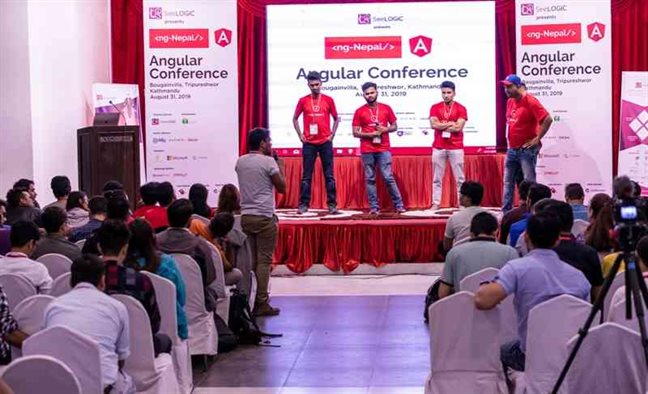 The angular team recently released Angular 8 with several incremental improvements including differential loading, preview for both the ivy render engine and the Bazel build system. 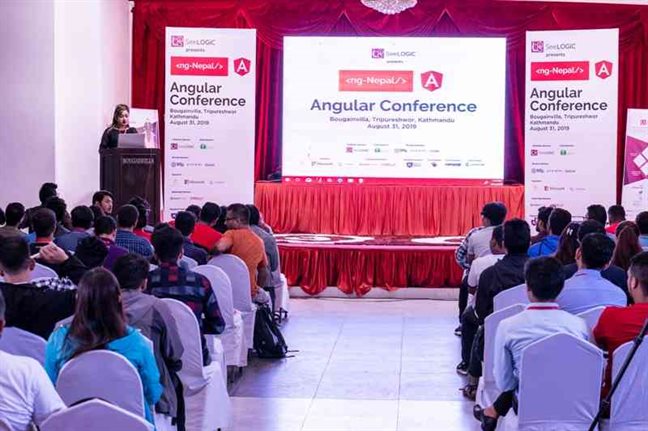 When you are in the field where you always have to look for new features for improvement of your productivity of the organization. It’s better to keep an eye on Angular 8.

As angular system is well developed which is supported by google has been one of the simplified and effective software. Its main motive is to enable industry and individuals to come under one roof and push the boundaries of the angular technologies.

The conference began at 10:00 AM, around 150 participants from Chitwan, Birgunj, Pokhara and Kathmandu valley were present. Five internationally recognized speakers and google developer expert shared the changes that Angular 8 has carried and how it reshapes the project with new features. “The conference is for those who are technically involved in work and for those who want to be aware of the new changes that have been brought by Angular 8”, said the organizer Alok Kumar Pandey”.

Dhananjaya Kumar, Developer Evangelist for Infragistics and also eight times Microsoft MVP and well respected Developer Advocate in Country of India said, “Since Angular is already so popular, this kind of conference will help develop the community to gain knowledge and insight of new technologies that have been developed. The whole idea of ng- conference is that the speakers who are working on angular should come from all across the world”.

The ng-conference has been held in various countries, the biggest one is in ng- America, ng- India, ng-Poland, ng- Malaysia, ng- Srilanka, etc.

“This kind of program creates awareness and knowledge for the local developers which is propitious in every aspect. Learning quite from Angular, Microsoft has also now become open and friendly” said Deependra Bajracharya, Business development manager of Microsoft Operations. Speaker from Srilanka, Sajeetharan Sinnathhurai informed about how to build world-class angular application starting with building a scalable, high-performance application from the scratch and deploy it to the cloud.The new features that were discussed at the conference also include:

With each new version, it is helping to make job and life easier.  As per the Deependra Bajracharya at Business Development Manager, This kind of program helps to bring awareness to the local developers .