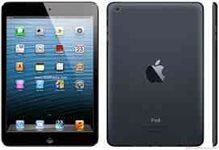 Its been sometime apple’s iPad have been searching for a purpose. With no specific purpose, it has not been able to be on the top list in the market. It has not also been getting attention as expected by Apple.
Having a bigger screen, neither it can work as an iPhone as it can be carried around easily nor it was able to be used as a mac book. It had lost its purpose somewhere in the middle. However, for the purpose like watching movies and reading comics and writing, it did had a place for some people. But you have a mac book; you wouldn’t even need the iPad.
The reason for it being great at just a few things made it unpopular among the users. But the Apple fans would love to have every device from the Apple as its how fandom works. These days people would want every feature to be in one device. It’s like a device should function for all purposes or rather more purpose so that it could be a choice.
With this in mind, Apple came up with a new idea for the iPad. With the latest update, i.e., iOS9, Apple planned something so that it might get more use to the people. The new update is going to make the iPad more flexible.
To be precise, it may be like a pc. Split View is what, introduced for iPad in the new features. This feature will let you run the app side by side with each other. The screen can be split either 50-50 or 70-30, and it would also be easy to drag pictures and videos. There are endless things you can do with these features.
Like you can watch a movie while talking to a friend. Or you can provide GPS coordinates to your friend when you are going to someplace for dinner. Another great feature is a “slide over” that will quickly slide an app over the thing you are working on.
Like you can instantly reply to your messages without having an opt-out from the apps you are using. Finally, the iPad users will be able to multitask like in the Mac books. So it’s going to be a good time for iPad and its users.