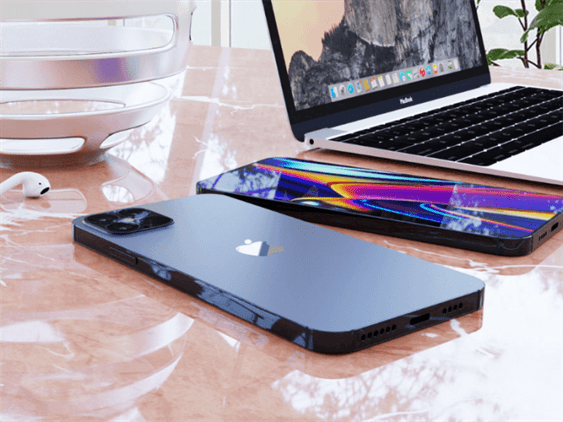 There are reasons to believe that Apple’s most-awaited “iPhone 12” will be announced at an Apple Event on October 13.

Leaker Jon Prosser aligned earlier rumors and added that his sources line up with the leaked date for the announcement.

Jon Prosser is considered to be a prolific leaker despite his slightly inaccurate prediction of the Apple Watch and iPad launch.

However, he remains positive that the next Apple event will bear some good news regarding the iPhone 12. The event will take place on the 13th of October. 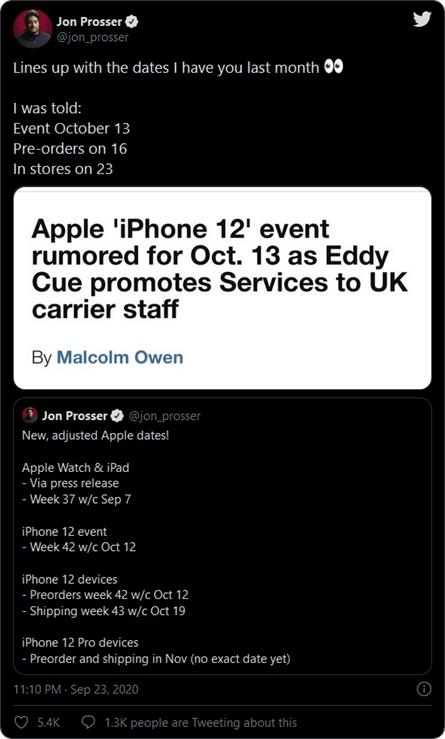 Moreover, the tweet adds that the 12 Pro and 12 Pro Max will ship with storage starting at 128GB. 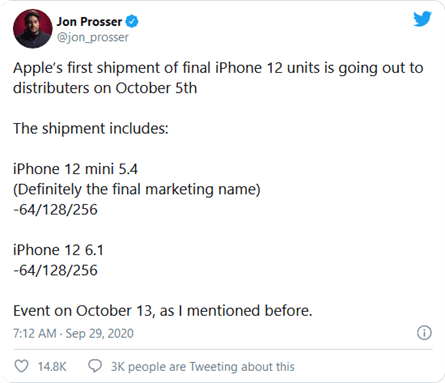 Reports suggest that the 2020 iPhones will most likely have OLED screens and support 5G. In fact, the Pro variants of the iPhone 12 will support more 5G frequency bands and have a much better camera specification.

A report from The Korea Herald reveals that Apple plans to unveil the iPhone 12 series in Korea earlier than usual. In the past, Korea wasn’t involved in the initial launch wave of new iPhone launches.

However, that seems to be changing as Apple plans to target more 5G users in the region.

Another explanation for this could be the fact that the iPhone 12 launch is already late globally. So, Apple might not want to risk their Korean market.

Similarly, The Herald has a potential explanation for Apple’s strategic shift to the Korean market. The iPhone 12 Pro Max will most likely support the 28GHz high-frequency 5G band, which lacks in the existing Samsung and LG 5G smartphones.

Since Korea is the first nation to turn on 5G networks and Samsung being among the first to launch a 5G smartphones last year, Apple wouldn’t want to miss this opportunity.

If the information is true, it will be the second fall event after the recent event held by Apple in 2020. The “Time Flies” event in September saw the release of iPad Air 4, Apple Watch Series 6, and Apple One.