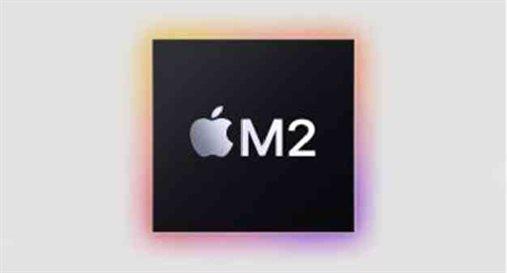 The long-awaited Apple’s biggest event of the year WWDC event was live on Monday, June 6, 2022. Since the pandemic, the event was held life online. But this year Apple invited selected groups of media for the WWDC event.

This is significant because the M2 is an evolution of the remarkable M1 that debuted in 2022, and it powers Apple’s new 13-inch MacBook Air 2022 and MacBook Pro 2022.

These are successors to two of the best MacBooks on the market, so it’s exciting to see what an M2 chipset can do.

So, here we will know all about the new Apple M2 chip.

Apple claims the M2 chip is capable of up to 18% greater multi-core performance than the M1.

There’s also a 16-core Neural Engine built into the M2, just like the M1. The Neural Engine in the M2 can process up to 15.8 trillion operations per second, which Apple claims is over 40 percent more than on M1.

The M2 chip supports up to 24GB of memory, and Apple claims it can deliver up to 2x the performance of the M1 chip while using half the power.

That would be an impressive improvement in performance and power efficiency, and it would back up Apple’s claim that the M2-powered 13-inch MacBook Pro 2022 can deliver up to 20 hours of video playback on a single charge.

The M2 also offers a new media engine that should be capable of decoding up to 8K HVEC and H.264 video, with support for playing back multiple ProRes streams in 4K and 8K.