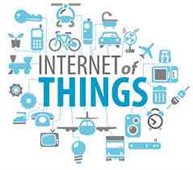 Computer and internet in the source of communication have created a significant impact. The world has never changed like before as now it has changed due to the internet.

Research in London has shown that the internet will be destroyed in 8 years as the fibers through which the data is traveled won’t be able to handle the amount of information says a London newspaper.

But even after this we have been so much ambitious about the development of the internet and working on it as our lives are intermingled with it. We will be seeing so many changes on the internet till the year 2025, that we will have our lives directly affected by it thus changing our lives as well.

Some facts related to the internet:

1. 255 TB of data can be traveled through optical fibers.

3 Mbps is the fastest internet in the world which is available in Korea.

4. India requires only 30 kilometers of cable whereas 500 km is being installed every month.

Only 42% of people have access to the internet in the world. They also have been working on increasing the speed of the internet. 4G and 5G services will be soon available worldwide as they have been preparing for it.

The fastest broadband internet is 3.9 Mbps. Till the year 2025, the speed of the web from Mbps will reach to Gbps. However, researchers have already been able to achieve the rate in tbsp.

Some significant and useful features will be that cars will be able to collect all the traffic data so that the driver gets prior information, the fridge will be able to send a reminder about the required food item. Symantec web When we use search engines, we get desired results as well as an undesired effect.

What Symantec web does is provide only the desired results to the user so that it will be easier for the user to choose from.

Transactions Should be Made via GoML Software Even in Cooperatives