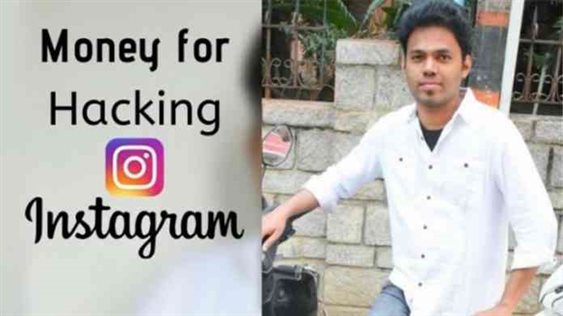 Cyber-attacks and hacking are becoming major problems for digital companies worldwide. The problem is only getting worse as companies, including Facebook, sell user data to third parties for a profit of the company. Even cyber criminals/hackers have been charged with organized crime in many cases. But sometimes hacking is a reward for these hackers.

Recently, a hacker from Chennai, India, was rewarded by a photo-sharing app, Instagram. The hacker named Laxman Muthia was given a $30,000 cash prize from Instagram for hacking their portal and discovering a bug.

Laxman, who is a software engineer by profession, is termed as a white-hat hacker. He recently hacked an Instagram account and received a $ 30,000 prize for doing so. But this is not the first time he has received such an award for hacking. He has been awarded 34 times before this incident.

Earlier, it was possible to hack an Instagram account by inserting over one million codes at a time. But after he discovered that weakness, Instagram made it possible to execute just ten laws within ten minutes, making it impossible to input millions of estimated laws together. Previously, anyone could recover a password for an account by entering random verification codes that were to be sent on the user’s phone and hence get into that account without much fuss. After Muthia discovered this bug and proved to Instagram that the user’s security is vulnerable, they’ve fixed the bug and awarded the Indian hacker for his discovery and suggestions.