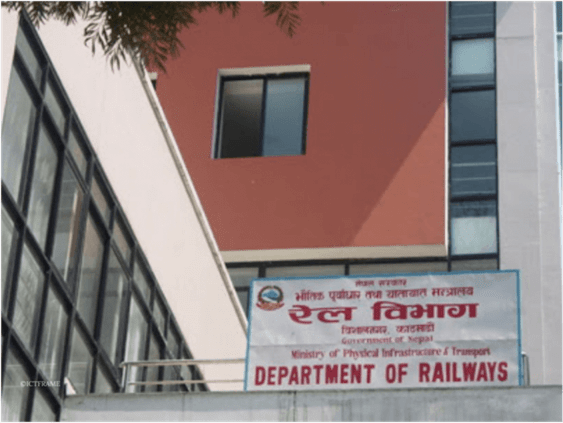 The website of the Public Procurement Monitoring Office (PPMO), bolpatra.gov.np, was hacked while evaluating the bids for the disputed railway construction contract.

According to a notice issued by the office, they were unable to download documents due to technical problems in their system.

Thus, the office has postponed the evaluation process for the bids opened from Shrawan 24 to 28.

Furthermore, data recovery is still uncertain, which means they might need to open another tender.

The office has even asked to postpone all the bidding process until further notice. In fact, the office has also asked to upload the documents again in case there was a new document upload by inviting new bids within that period and the last date was yet to come.

Also, the office has stated that the system manager will facilitate the submission of such application forms. And, the manager will be responsible to fix the date of opening if the affected public body requests.

Among the affected are also bidders due to this issue. Bidders who have registered in the bidding system within the 5 days period have to update the registration. Moreover, in the case of the final bid submission period, they have to re-upload even if the bidder has already submitted it.

Due to the technical issue on the system, the office has fixed the last date for submission or opening of the bidding from 13th to 18th of September.

In order to eliminate data security risk, such bidding has been arranged on the same portal through the website of the Prime Minister’s Office through electronic means.

Ironically, this facility couldn’t prevent a ‘technical issue’ on the website.

Technical Issue in a Controversial Contract

The contract for the construction of the railway trackbed was opened on the 28th. About 120 contractors including JV had participated in the bidding.

For the evaluation of all these proposals, the evaluators of the Railway Department tried to download the proposals on bolpatra.com. However, they came to realize that they could not download the documents due to a technical problem.

After receiving complaints, the monitoring office asked to postpone the bidding process until the office recovers data. Accordingly, the Railway department has postponed the technical evaluation process.

The PPMO claimed that an unknown issue caused the technical problem on the website. However, a technician at the office said that the internal problem is a cyberattack. Also, the team is trying to recover the lost data, but with failed attempts as of now.

If recovery of data fails, this process will have to start from the beginning.

Legal Dispute Regarding the Contract

The railway contract is one of the disputed contracts. In fact, the issue is still pending in court.

There were also doubts regarding the legal aspects to call for contracts to enable only 18 companies to be technically competent and to create an environment of competition.

That’s why this case had reached the Patan High Court to stop the contract process for the construction of the trackbed. However, the court refused to issue an interim order and thus, the bidding process had resumed.

Meanwhile, the Development and Technology Committee of the Parliament had also instructed the department and the Ministry of Physical Infrastructure not to proceed with the process until the resolution of the land acquisition dispute and other issues of the railway.

The contract process went ahead despite the directives of the committee. Therefore, the committee had again sent a letter to the ministry and the department reminding them of the old decision.

The railway department itself had signaled to back down due to fears of railway construction irregularities even in public.

However, as the process progressed, it was not possible without the intervention of the upper body. The department has indicated that it will withdraw after the compensation dispute was not resolved and there was a four-sided dispute in the tender.

In the same situation, there is a problem with the website now.

MP Rajendra Lingden said that the contract process was wrong in the first place. So, it was better to postpone it. However, he said it is not good to have technical issues because it could lead to losing confidence in the system.

What is your say on this matter?

Please let us know in the comments!