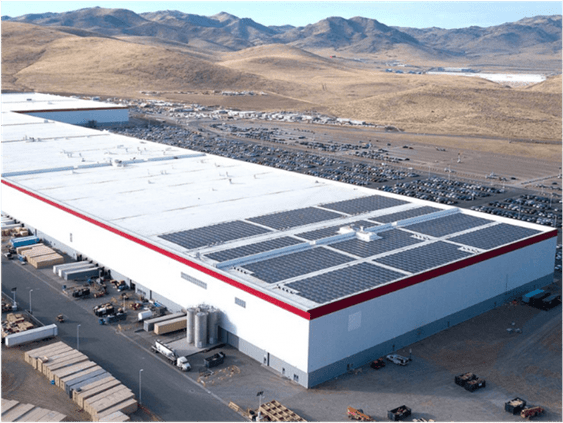 Earnest employee saves the day and prevents a major cyber attack at Tesla.

A Tesla employee turned down an offer worth $1 Million and helped the FBI arrest a conspirator. This prevented a huge cyberattack on the tech giant Tesla.

The Story, as we know it

A conspirator by the name of Egor Igorevich Kriuchkov contacted a Russian-speaking, non-US citizen Tesla employee back on July 16. The employee was stationed at Tesla’s Gigafactory Nevada.

The conversation took place in WhatsApp under the pretext of meeting the conspirator in person. Soon, the meeting was held at a hotel in Reno, Nevada on August 1.

Kriuchkov initially befriended the employee and started hanging out with his associates. He was simply building enough trust to make an offer.

Finally, Kriuchkov told the Tesla employee about a ‘Special Project’ that involved a Tesla insider to install malware on the company’s computer system. He asked the employee to do a manual installation once he received the malware.

In fact, the conspirator offered the employee a whopping $1 Million payout to carry out this cybercrime.

What could the malware do?

Well, the malware would allow the conspirators to carry out DDoS attacks on Tesla’s network. Moreover, it would give them access to private and confidential information on the company’s server.

They would have probably withheld the information for a ransom.

The Tesla employee turned down the offer and refused to help the cyber conspirators. In fact, the employee shared this piece of information with its employer, which in turn informed the FBI.

Soon, the FBI looked into this case by wiring the Tesla employee and keeping track of Kruichkov’s movement.

On August 21, Kriuchkov informed the employee that there had been a change of plans and it would be postponed by a few days. He guaranteed to pay through Bitcoins.

The conspirator went away by handing over a mobile phone, which he asked to keep on Airplane mode until further confrontation.

The FBI followed him from Reno to Los Angeles (LA) and suspected a possible escape from the country. They eventually arrested Kruichkovon August 22 and charged him under “Conspiracy to Intentionally Cause Damage to a Protected Computer.”

Tesla CEO Elon Musk took on to twitter to appreciate the earnest employee. He also accepted that they dodged a serious bullet. 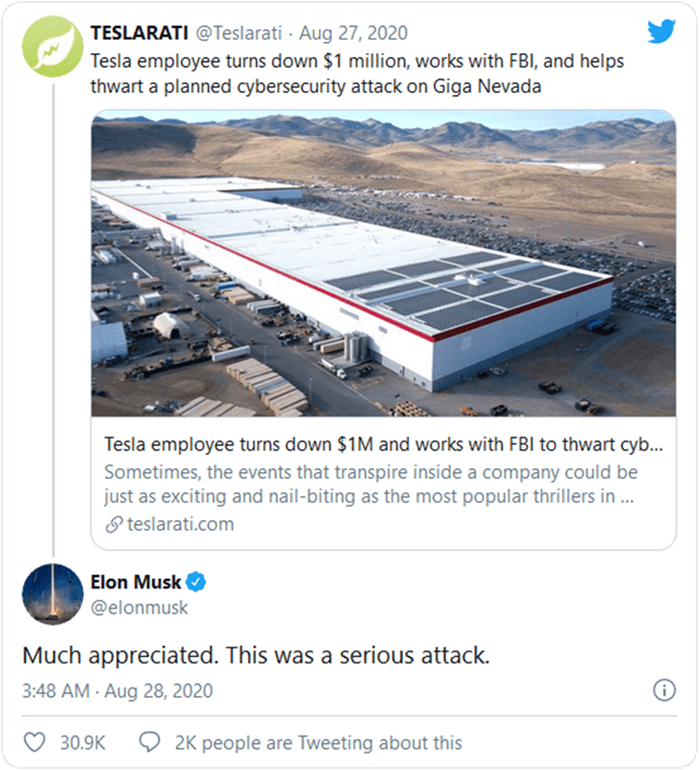 This straight-up sounds like a plot of a crime movie. However, this also means that employees should remain vigilant about such threats.

Likewise, companies need to rule out such insider threats as such conspirators are lurking to exploit employees at all costs.

Let’s try putting ourselves in the employee’s shoes. What would we have done if we were offered such a huge sum?