F1soft International, a digital financial services firm, has entered its 18th year. The company started its service on 6 March 2004.

The company claims to have managed to establish itself as the largest and leading IT company in Nepal over a period of 17 years. The company has developed all the technology that is required in the financial sector.

The company, which has developed its services through SMS banking, has now developed much-needed technologies such as Internet banking, mobile banking, Viber banking, and phone loans required by the financial sector.

F1 Soft has also developed mobile payments, such as E-Sewa and PhonePay. The F1 Soft Group, which began with the vision of three young people, has now succeeded in providing jobs to more than a thousand skilled workers.

On the occasion of the 17th anniversary, Subash Sharma, Chief Executive Officer of F1 Soft International, said that we are aiming to make a major contribution to the country’s GDP by developing a digital Nepal. We’re going to work harder for this in the coming days.

There are currently more than a dozen companies operating in the F1 Soft Group. Leading companies such as E-Sewa, PhonePay, E-Sewa Money Transfer, Dialog Technology, Cogent Health, Logica, and Shirantech operate under the F1 Soft Group. These companies have stated that they will develop software to digitize health, education, and various other sectors besides the financial sector.

Most banks and financial institutions in Nepal provide services using the technology developed by F1 Soft. There are over 11 million users of mobile banking and internet banking developed by the company in Nepal. Every year, the company provides assistance in different fields as part of its social responsibility. 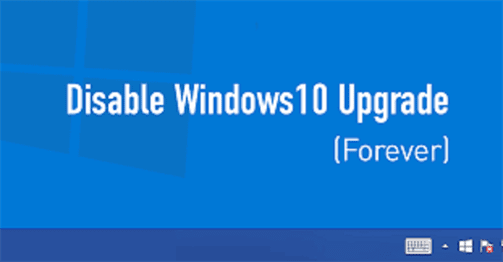 How To Disable Windows 10 Upgrade With Just One Click