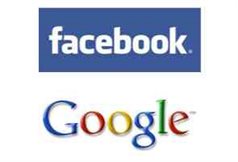 Russia’s has threatened to block Google, Twitter, and Facebook for violating its internet laws. A law was approved by the Russian President, Vladimir Putin that requires all domestic and foreign companies to store data of Russian citizens on the servers in Russia. Any violation of this law will lead the company to be fined or prevented from operating in Russia.

Roskomandazor, Russia’s communication watchdog’s spokesman Mr. Vadim Ampelonsku says that they are regularly reminding companies for the consequences of violating this legislation.

Roskomnadzor informed they had already sent letters this week to the three American Internet companies asking them to comply with laws that critics of Russian President Vladimir Putin have decried as censorship.

As a result of encryption technology that Facebook, Twitter, and Google are using, Russia had no options of blocking web sites so could only bring down particular content in deemed in violation of law by blocking access to their whole services.

Putin was a former KGB spy who had once described the internet as a project of CIA where he highlighted the great distrust between Russia and America, whose ties are now severely strained.

This is not the first time Russia has attempted to block popular websites. With limited success, Russia back in 2013 had attempted to block Telegram, a messaging service set up by Durov. However, this service is still widely used with the help of VPNs (virtual private networks). Officials have also threatened to block VPNs unless they restrict any access to banned websites.