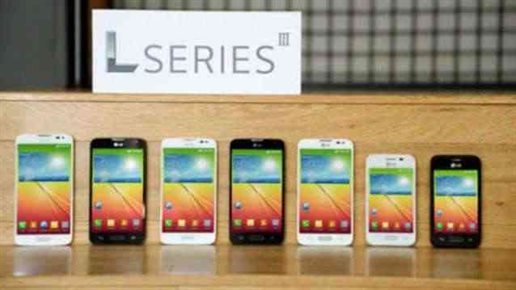 LG has been very serious about its G series phones, and with one after another, it is trying to provide users with an expensive phone. With the G series, LG has been able to acquire a significant market share than before.
There is something special about these G series. That is what LG was planning for a long time. Some time ago it looked as if it was lagging behind the race of smartphones and suddenly it stepped forward with the G series that has been getting so much of good response, and even LG seems to be loving launching the new phones on G series. These days smartphones have gone to a new level.
The display, the processor, the memory isn’t limited as much as they used to be and LG has used perfect combinations with the phones. Talking about unique features the G series phones are the ones who have it. Let’s focus on LG G3 whose features like built-in wireless charging, smart keyboard, smart notifications, knock on unlock feature.
LG has also worked hard on display for these G series phones. Every single one of them is considered to have a good show, and G3 is having quad display was something unique and just awesome. The camera they kept in the LG G2 was used with optical image stabilization (OIS) which is the right decision that LG came up with.
The same features were also included in the later series of the G series smartphones making them be the perfect ones for the use of photography. So much, so the other series have much developed OIS features promising users better stabilization and improved shots in low-light conditions.
The unique later autofocus feature will help to click the image with a blink of an eye as LG promises. But there is a big thing coming up that LG camera will soon be replacing the quality given by the DLSR. Therefore there is a lot to see about the cameras in the future. With LG being the one we are talking about, there might be chances the rumors might be right. LG is the one that doesn’t compromise with quality no matter even if they are costly.
The customization LG has made with its G series is unique and out of the box. Like the lock and unlock button they have kept at the back of the phones is entirely plausible too. Though we aren’t used to such hardware modifications, it has done well featuring the knock on a feature that is going to be plus point for those who didn’t like the change.
You might have used computers in guest mode, but now you will be able to use your phones in the guest mode as well making your data and applications safe from your friends, relatives and others who use your phone. This features is unique and has a useful purpose too.
LG G series phones are quite promising as it promises users of software updates. In recent news, LG has also told that G2 phones will have the 5.1.1 lollipop update in the coming months and they are working on it. Therefore its a win-win situation for the users. Not only they have a good phone, but they are in the right hand of a promising company as they will be getting the latest updates for their phones.

Life Cycle of Your Nepal Telecom SIM Card and Keeping It...