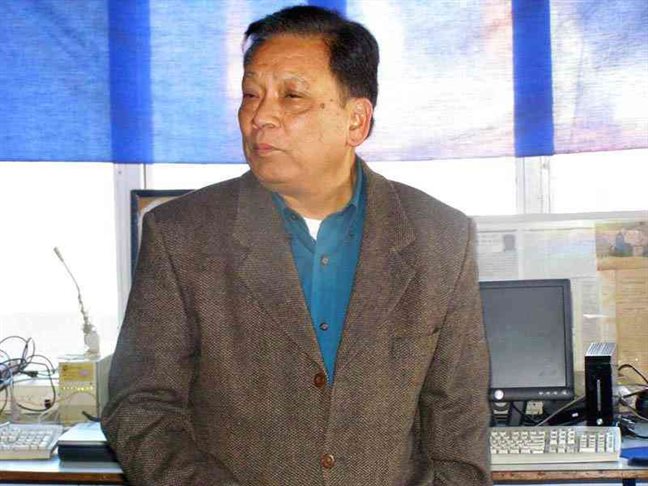 Like every time this time too we have an exciting interview session. In this post, we are presenting an interview with Muni Bahadur Shakya. Shakya is a very genius person in the world of the computer. He is the inventor of the Devanagari computer, a machine that operates in a Nepali font. Earlier the laptop gained immense popularity and success, but at present, the device is in a deplorable condition. It has been kept in a storeroom. To know more about Devanagari computer we present an interview with Muni Bahadur Shakya.

How and why you invented the Devanagari computer?

Firstly, I realized the lack of Nepali fonts in computers. Back then when I thought about Devanagari, there were around 10 million populations in Nepal. Only the very few of them were able to use equipment and rest of others were having a language barrier while using it.   A thought came to my mind, if I add Nepali font into the computer then everyone who was affected by the language barrier while using the network will be able to operate it.

The beginning was very tough for me. There was no access to many types of equipment in Nepal, so I ordered a few of them from a foreign land. Hard disk Interface was complicated to import in Nepal; I could not bring it from a foreign land, so I made it myself in Nepal. I developed formulas to place Nepali font into the computer, preparing the recipes was one of the hardest jobs it took me a very long time.

What kind of complexities did you face while making Devanagari?

Well, Devanagari was full of complexity and difficulties. Adding Nepali font in the system that only reads English word or language was seriously a tough job. Comparatively Nepali fonts have many symbols and alphabets, which made things harder. Managing all those symbols and characters were the total of troubles, I cannot explain all those hurdles in words.

What was the first thing that you wrote after the successful accomplishment of Devanagari?

It was our old national anthem ‘Shriman Gambhir”. Massive numbers of people gathered to observe the Devanagari after it was showcased in Tri- Chandra campus for the first time. International tourist, high-level officers, students, teachers and many other kinds of people gather to view Devanagari. I felt proud and happy at that moment.

Who was the first to order Devanagari?

Agriculture Development Bank ordered the Devanagari for the first time in 1985. Then they started to enter the name of account holders in Nepali. Since then many other government bodies also started using Devanagari.