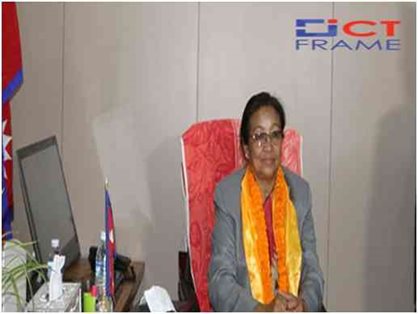 The government has decided to form a task force led by Secretary to the Ministry Hari Prasad Basyal to study the ‘Cyber ​​Security Policy-2078’.

A cybersecurity policy sets the standards of behavior for activities such as the encryption of email attachments and restrictions on the use of social media.

Improved cybersecurity policies can help employees and consultants better understand how to maintain the security of data and applications.

Newly-appointed Minister for Communications and Information Technology Nainakala Thapa made the decision while assuming office on Sunday. Born in Rupandehi district, Minister Thapa is currently living in Chitwan.

Minister Thapa instructed the staff to take this sector seriously as there would be problems in developing other sectors without the development of communication and information technology.

Minister Thapa said that the problems in the media sector should be solved by helping each other and correcting the weaknesses. She also expressed her commitment to moving forward with the right action plan made by the former communications minister.

On the occasion, Secretary at the Ministry Hari Prasad Basyal informed the Minister that the Ministry is implementing a plan to implement a citizen app and provide internet service at all local levels with the objective of fulfilling the dream of Digital Nepal.

Stating that the aspiration of ‘Digital Nepal’ has been taken to take Nepal to a new era, she said, “In today’s world of information, communication, and technology, the Ministry of Communications is one of the most sensitive ministries.

It has a profound responsibility for the overall national security, plays an important role in communicating between the people and the government, exchanging information, disseminating and informing information, and raising public awareness.

Minister Thapa has also recently been working as a member of the women’s expert group of the Ministry of Women, Children, and Senior Citizens.

Agreement between IME and Unimoni to Expand Remittance Services Digitally