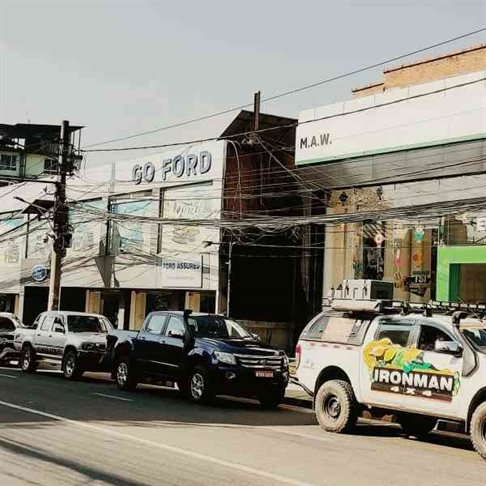 GO Automobiles Pvt. Ltd successfully conducted the “OFF TO NUWAKOT” 4×4 event marked as its customer engagement program with a motive of internal tourism promotion and development of OFF_ROADING culture in Nepal.

NUWAKOT, at an elevation of 900 m, the ancient citadel stands proud as if untouched by changing times amid the quaint Nuwakot Bazaar.

While the interior of the durbar suffered some damage during the recent earthquake on 25th April 2015, the buildings are still intact, and a tour of the premises is still possible. Reconstruction efforts are underway to conserve the heritage site that played a pivotal role in shaping the history of modern Nepal.

The durbar is still an undiscovered treasure, despite its historical and cultural significance. The seven-story pal­ace fortress was built during the reign of Prithvi Narayan Shah in the 18th century.

It shows little evidence of the attacks by Malla and later Chinese forces.

The idea of OFF TO NUWAKOT is to emphasize the culture of exploration and travel along with the demonstration of FORD lifestyle Trucks which is one of the drives you must have in your garage for the expedition purpose.

With approx… 40 participants, FORD is making its way to the historic lands of nuwakot with several activities in between, such as jungle excursion, zip line, and site-seeing.

About Ford Nepal representative, “the idea of 4×4 event comes along with market development and promotion of FORD adventure vehicles i.e. FORD RANGER, FORD RANGER RAPTOR and new line up FORD EVEREST. All these capable ranges are from Thailand and known for the performance and capabilities.”

FORD NEPAL conducts several expeditions every year as a part of their adventure event. In the past day, successful events such as DRIVE TO MANANG, DRIVE TO LO-MANG THANG, and MUSTANG ADVENTURES are the benchmark for adventure events in Nepal.

Nepal is a beautiful country with variations in landscapes and the preferable destination for international tourists. We here at FORD NEPAL magnify the same with our events and contribute to Nepal’s tourism sector.