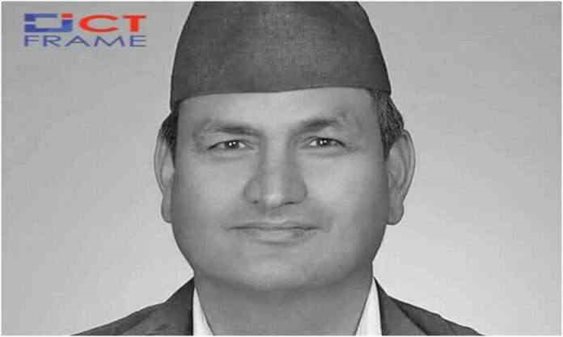 Nepali Congress leader and former Minister of State for Information and Communication Tapta Bahadur Bista has passed away.

Bista died of a corona infection. He was under treatment at Medicity Hospital in Lalitpur.

Bista was admitted to the state hospital in Surkhet on June 29 after contracting corona.

As Bista’s health did not improve, he was referred to Medicity Hospital in Kathmandu for further treatment.

He was undergoing treatment on a ventilator.

Bista died at 5 am on Sunday while undergoing treatment.

Bista was only 60 years old. He was a former member of the Constituent Assembly from Panchpuri Municipality-11.

He was elected a member of the Constituent Assembly from Surkhet Constituency No. 3 in 2070 BS.

Bista was also a former of the Constituent Assembly. Leader Bista was the president of the Nepali Congress Surkhet for 20 years.

He became the Minister of State for Communications and Information Technology in the Sher Bahadur Deuba-led government in 2074 BS.

Meanwhile, Nepali Congress President Sher Bahadur Deuba tweeted that he was saddened by the news of Bista’s death.

How to Check The Amount of 15GB Google Storage You’ve Exhausted?