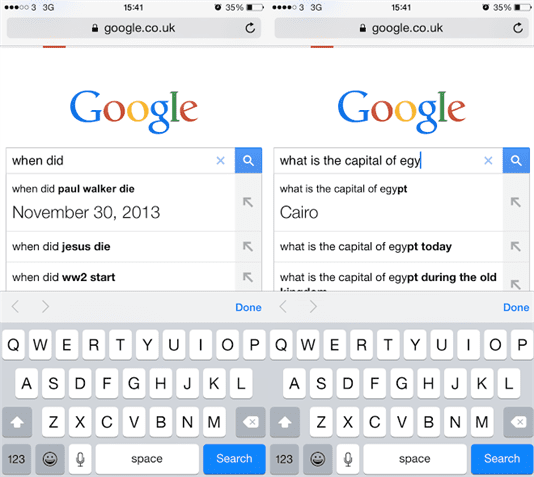 Due to growing people’s impatience digital memory’s situation has been created. Because of which we are forced to use internet for finding the answers of important facts and information. And on other side, we have started forgetting the things that we see and learn from the internet.

One of the study has shown that digital addiction has been growing day by day. According to which nowadays people has started looking at the Google to find out the simple question’s answer rather than thinking and telling the answer on own. Isn’t this a very bad addiction? And what about writing the answers in exam. Then also you will take out your mobile phone and google it??

Likewise, one fourth of the people have started forgetting the information that they have searched before and learned in a google a minute ago.

In the research done by Digital security Company Kaspersky, more than 6 thousand people having age 16 or more than that had participated.

In that content, it is found that 36% people use google to find out the answer before they verbally answer the question themselves. The technology of using of Google has been increasing in the people of age 45 and plus and 40% of them have started using google to answer the question.

Because of internet people have started doubting on their own memory and they become impatient as soon as possible to answer the question.

According to the researchers, Google’s use is creating such awareness in people that internet has become their own body’s internal gear. Rather than sharing and commenting the information, people save them in their electronic machine safely so that in future they won’t have to ask about that information to anyone or they can get it without remembering any hard.

Researcher psychiatrists Daniel Wenger and Adrian Ward said: our study has shown that we have taken internet as humanitarian partner in case of memory, with whom we can share all our personal stuffs.

The way we share our remembered heartily moments with our family members, loved one and friends, so like that we have left such memories in internet cloud as well. Because of the addiction upon internet, people have even started forgetting their humanitarian requirement and they have freed the requirement of the brain for remembering things. The Brain’s burden of keeping memories has been given immunity.