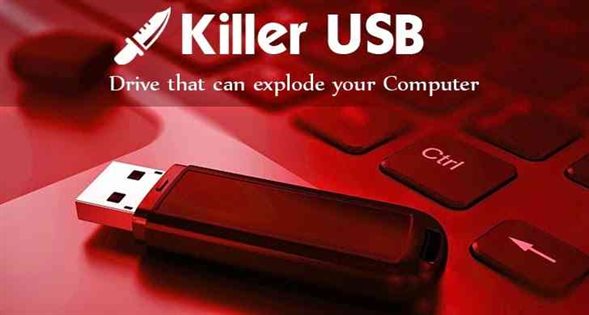 Russian Hacker made a killer pen drive, which changes TV and Computer into ashes.

Its name only is kept as gadget killer. Because this surely can change all your computer and TV into ashes. One Russian hacker has developed such type of pen drive with which, it can fry any gadget at the same time.

UAB Killer V 2 named this pen drive will generate 220 volts current right after it is entered in any kind of gadget. Because of which from laptop to television, right after this pen drive is opened to any device will be blasted. This is a hazardous type of pen drive. It can be fitted in all kinds of gadgets.

They also were Russian Security researchers, and they were renowned as Dark Purple, those hackers have made one video and had also publicized it to prove the power of that pen drive. In that very video, you can see that right after that pen drive is entered in that laptop, that laptop has been blasted.

He has warned every people around the world that because of this pen drive, every device having USB port is inverse of danger. Almost all of the smartphone supports USB mode, and likewise, Television, Computer, router, and modem all can be made phlegmatic by this pen drive as said by those hackers.

Right after the news of this type of lousy pen drive has been introduced, technology security brains have suggested all the people in the world not to enter any pen drive other than authorized to you into your devices.

Before this, that same hacker had made 110 Volt generating killer pen drive and he has said that he got no such intention to use or sell that type of pen drive which he has introduced: this is so like an atom bomb, when it is kept, we feel excited but cannot be used.