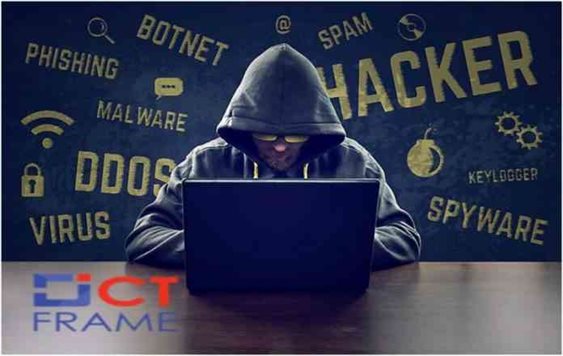 Bankers have become panic-stricken after hackers threatened to hack the system of a bank affiliated with the Nepal Clearing House (NCHL).

The hackers have sent an email setting a deadline of July 22 to hack the systems of more than a dozen banks affiliated with NCHL.

Even though the hacker’s emails came to 15 banks at once, the chief executive officers of those banks have become panic-stricken. He also asked his IT team to be vigilant.

Nepal Rastra Bank spokesperson Dev Kumar Dhakal said that he had also received emails sent to banks by hackers and asked all banks and NCHL to remain vigilant.

“That email may be fake, but we have told everyone to be alert,” Dhakal said. The hacker seems to have given up until tomorrow.  But, it can also be fake. ‘

According to the chief executive officer of a bank, emails sent by hackers have put all bankers under stress. However, the banker said that they are also in constant discussions with their IT team and NCHL.

Now hackers are spreading terror in India as well. Even in Nepali banks, hackers have been stealing money by hacking the bank’s system from time to time.

Dhakal informed that the same central bank has asked the banks and NCHL to pay special attention. The hackers sent emails to 15 banks saying they would hack the system.

NCHL chief executive officer Nileshman Singh Pradhan said there was no authentication of the email. However, the NCHL said it had stepped up special surveillance because of security concerns.

The bank has also increased special surveillance on its part and high vigilance on our part.

The email sent by the hacker: 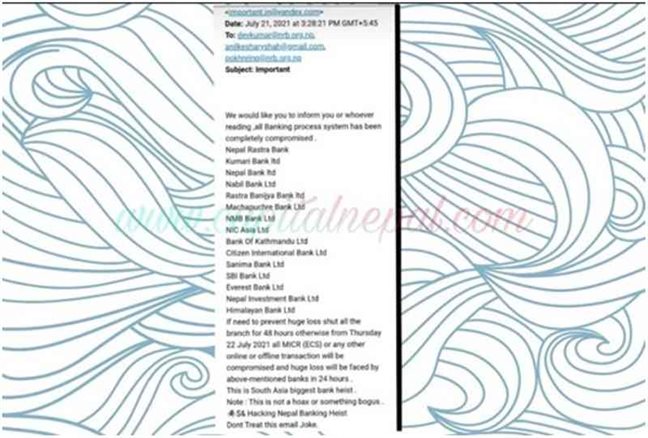