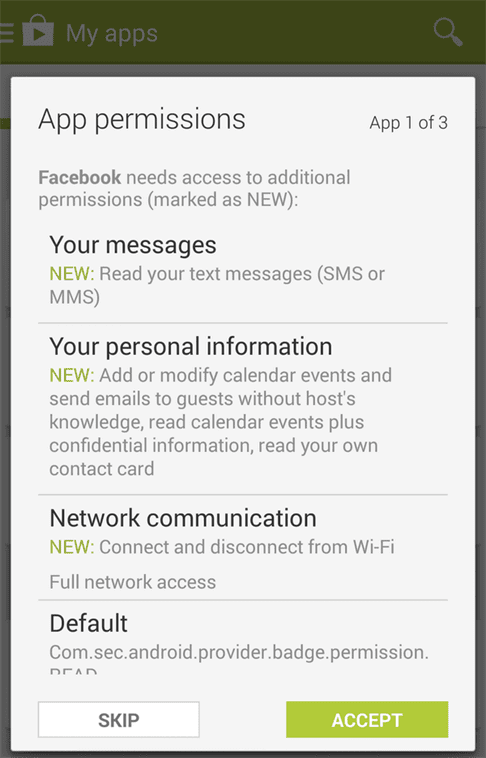 Every app declared its permission when you install it. It doesn’t request permissions you cannot con,trol this permission. If you are on the users of the device powered by Android, you might have known about agreements that are asked by Google during the installation of any kinds of application in your methods. The so-called app permission lets you see what the application might be using about you from your devices but little you know about the details how that information are going to be used.

Even though letting know users what those apps are going to use is something which can be appreciated, the details that are not provided with the permission makes users confused about the way their information is being circulated, and applications access is going to affect them in the future. Rarely are those who know what does the permission to such access do.

Technologies have gone too far these days, and many things are going to make an effect in the process of innovation. So the sky is only the limit in today’s date with the help of technology, and the same is the case with android too.

However, with this unlimited power, there comes the dark side as well. Knowing this google added the permission to the android. This enables users to know what kinds of uses the application can make in their devices. This also helps Google to block any other activities other than those listed in the permission. However, even after knowing the agreement we are not able to make any decisions about it. We have no idea how to judge those apps by permissions.

But it has an advantage that it stops apps from doing whatever they want without the acknowledgment of the user. Permissions are handled by the Android API framework in the system process which helps to check the permission validation mechanism thus letting them or stopping them from doing any activities based on their granted permissions. It is automatic, so developers won’t have to worry about the handling of the authorities. There is specific permission in the android-like in-app purchases, location(use of GPS), contacts, SMS, etc.

Even though the permission is automatically handled, we the users of the devices don’t get to change anything about the license. Only thing we can do is to accept or deny to install apps with such permissions. There were an app call app ops which let users edit the agreement; certain apps can have on their device.

However with the news that the new version might have such a feature, people were expecting to have the same app. But in the latest version of android i.e marshmallow, a dialog box pops up asking for the permission to be granted or rejected by the user. Its annoying to have such a feature. The feature of app ops back in android 4.3 was way better. But its a good thing that the apps at least have to go though user to get permission which makes the privacy of the users more secure and provide users a peace of mind.