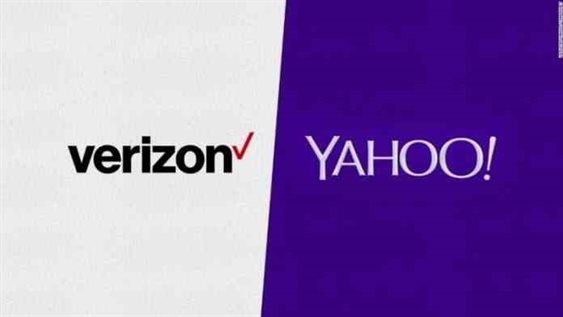 The well-known web service provider Yahoo is bought by an online telecommunication company called Verizon on June 13, 2017, and it will name as a new company named as oath combined with AOL(American online). Once Yahoo is supposed to be the king in the world of communication but continues downfall of its lead to the failure. The pioneering business with its firebrand continues to decline due to the several issues that get arisen. Once called themselves as a web giant now just get disappeared with their brand and the rest became history.

As already explained Verizon is a telecommunication company so for its further expansion the company bought Yahoo at an estimated price of $4.48 billion. It expected that Verizon wants to improve its own online business of mobile using the advertising platform of Yahoo which is already there. The price at which Yahoo sold to Verizon became a hot issue in the Tech history at that time because of the company worth much more significant than this pity amount. Previously Microsoft wants to buy Yahoo at an expected price of 44 billion$, but at that time the company decided not to sell concluding that Microsoft undervalues the company worth and underestimate its contribution in the web world.

The continuous missteps have taken by the company, and the lack of the assurance of users security Yahoo kept on losing the large group of the daily users. So to collapse that public business and that other fear of losing those users which still get connected with the market, the company finally decided to be sold to Verizon in such a very less amount of fee. Initially, It had an insane business that works almost in every company in the USA and trying to reach out globally with services like online shopping, web services, etc.

The giant companies like Google are overshadowing the upgrowing market in the computer science and information technology field, Facebook, Amazon, Microsoft, etc. which they have millions/billions of daily active users. Yahoo due to its weak managerial team cannot tackle with these giant and mega superpowers companies so to defend itself they surrender with Verizon economically.

The intense pressure created by those companies is tough to believe here. The most demanding world has got no place for the old ideas and the concepts so Yahoo cannot withstand itself as an independent company in the Tech world. The two younger sites Google and Facebook have overthrown it giving the knowledge that requires a lot more renovations and the capital too to fulfill the increasing demand of these modern days people before starting any business.