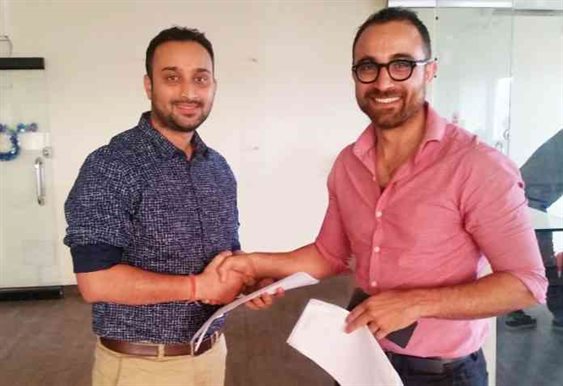 This partnership will enable Tootle customers to top-up their Tootle balance via Khalti Digital Wallet and make payment for tootle ride even more convenient.

Amit Agrawal, Director of Khalti, and Mr. Sixit Bhatta, Co-founder, and CEO of Tootle signed the MoU on Tuesday.

“We are glad to be partnering with an innovative bike ride-sharing app like Tootle and provide users to top-up their Tootle balance efficiently using Khalti. Mobility and payments are common problems in Nepal. This collaboration is focused on jointly solving these problems.

Further, if we work together, it will bring synergy to both companies. This partnership will spread vibes that young entrepreneurs and startups should come together and work together to build a world-class ecosystem.

We are confident that our users will be delighted with their Tootle experience. We are always committed to providing more value to our users, and will be adding many more features and services on Khalti very soon.”

“In Nepal, just a few years ago, it was uncommon to get access to transportation or payment via digital platforms. But the landscape of smart mobile technology has been rising, and apps like Tootle and Khalti are ready to soar high. The user growth and enthusiasm has also been astounding.

Furthermore, I believe brands like Tootle and Khalti synergize each other because of a variety of things in common, for instance, primary target market being one. This partnership with Khalti gives both the brands a terrific opportunity to move fast and stand out in the mobile business space.”

As part of the launch offer, Tootle users can now top up their Tootle balance using Khalti and get 5% extra on each Tootle top up. Similarly, Khalti is also providing 5% Khalti cashback on Tootle top-ups.

Tootle is a software application that serves as a means to find motorcycle based services provided by third parties (Tootle partners). Tootle is a ride-sharing service which aims to pioneer in the sharing economy which is an emerging concept in Nepal. Tootle was launched in January 2017 and has acquired more than 50,000 users.

To download Tootle app and take a ride, visit here.

Shodh Yatra: A Learning Walk Organized by SRISTI in Pursuit of Knowledge