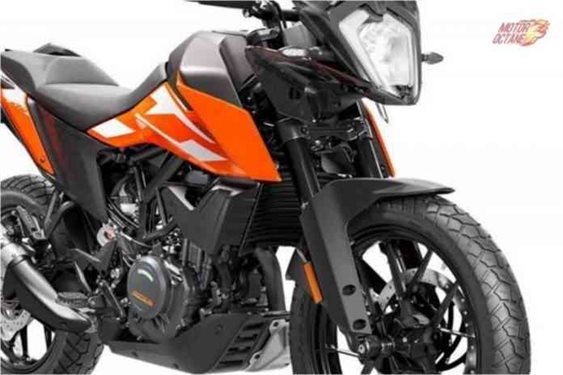 There used to be a time when the concept of adventure tourers was quite alien. Regular bikes of those times such as Hero Splendor and Kawasaki Bajaj Caliber used to handle commuting and touring.

These were widely used in rural areas as they were capable of tackling rough roads as well. However, times have changed and today you get adventure tourer bikes that are of even better standard when it comes to business.

The Internet has brought some good news for KTM fans, as the company has launched a 250cc variant of the KTM Adventure in Nepal. The motorcycle is expected to feature similar traits as that of its elder sibling 390 Adventure.

In this review article, we will be discussing the features and specifications of this variant motorbike followed by its price and availability in Nepal.

The KTM 250 Adventure design is very attractive inspired by the 390cc model. This one, however quite different than its elder sibling in different aspects.

Looking closely we can see the headlamp is no longer a full LED unit but instead it is a halogen lamp (quite bright at night). The tires are of the same size as the 390s however you get the affordable MRF Meteor units in this variant. An LCD instrument console has been added, however, it does not have those fancy TFT color schemes of the 390 and Bluetooth connectivity.

The meters are quite easy to understand and you can read under bright sunlight.  You can find a 12V charging socket just below the instrument binnacle. And remember, the off-road ABS mode is available in this model and it disengages ABS to the rear wheel.

The mode stays on even if the bike is switched off and when you thumb the starter next time, ABS on the rear wheel will still be off. So, you must have to manually switch it back on.

Now, moving towards handling, let’s start off with the brakes. The motorbike features discs at both ends, however, the feel from the front lever isn’t that decent.

Even though you’re seated at a significant height the 250 Adventure will easily lean in corners giving you much confidence. At 177kg, the bike, on paper isn’t light, however, in long run, the bike will start feeling quite nimble.

The differentiating character of this beast is that even with the rear-wheel ABS turned off, it is quite easy to get the rear sideways. And, the wind blast at higher speeds is taken care of by the non-adjustable windscreen. As its name suggests, it also features a luggage rack at the rear, a reworked exhaust system.

The 250 Adventure is powered by a 249cc, powerful single-cylinder, liquid-cooled engine which generates 30 hp power and 24 Nm torque and gets a 6-speed transmission. However, the power output may also be tuned differently, as this will be an off-road adventuring motorbike. This being said, the bike isn’t quite happy at a higher gear and lower speed combination, meaning you have to twist the throttle more than you used to, most of the time.

Steady speed at the third gear at 35kmph is something the bike is happy at whereas, at 15kmph, the first gear works very decently. The exhaust note doesn’t feature much enough to talk about.

This beast motorbike can go 100kmph at 6,000rpm in top gear while anything more than that will feel like an effort from the engine. Mileage-wise, the 14.5-liter fuel tank is enough which in turn can easily run up to 500km.

Price and availability in Nepal [Expected]

After the recent launching of KTM 250 Adventure in Europe and India, the automobile giant has entered into Nepali market. The KTM 250 Adventure was launched in India at around INR 2.5 lakhs, which on arriving in Nepal, might cost you around 7.5 lakhs.