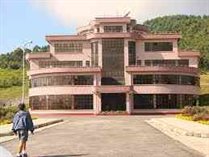 KU Registrar Bhola Thapa made it clear that university was meant to use the buildings in the park as per the directives laid down by the government for the operation of the park.

Why has IT Park been closed within one month of coming to an operation?

IT Park located in Kavre, which took 11 years to be operated in full scale since its construction, has been closed again. During a special event organized in 24th Chaitra, the IT Park was handed over to 2 companies and a university for lease for ten years. But, the government handed letters to concerned parties, conveying the message that the IT Park shall not be operated for the immediate time-being.

Without further notice from Ministry of Science and Technology, the IT Department has lettered Kathmandu University, Soft Tech Foundation, and Cloud Factory not to move ahead with any works related with the IT Park management and operation. As per the orders, Kathmandu University which had started jobs for business incubation has postponed it. According to sources from the ministry, it has been decided that only after brief research about communication and technology the IT Park will be operated.

In discussions with the Science Minister and Secretary, it was said that to further study on the prospect of developing the park in unison, the agreement had been postponed for now. The It Department which operates under the Ministry of Science and Technology made a deal in 24th Chaitra with two companies and a University to work in the park premises. The organizations preparing for operation are in confusion over the situation after the Department closed the park, after less than one month of the deal to operate it.

Department of IT, Director General Mishra said that the park would be operated according to the agreement. To run the park, Sushil Koirala led- the government had passed the directive about operation and management of the Information Technology Park.  Immediately after the decision as per the Public-Private Partnership (PPP) model, an agreement was made after selecting Kathmandu University and two other private companies to operate in the park.