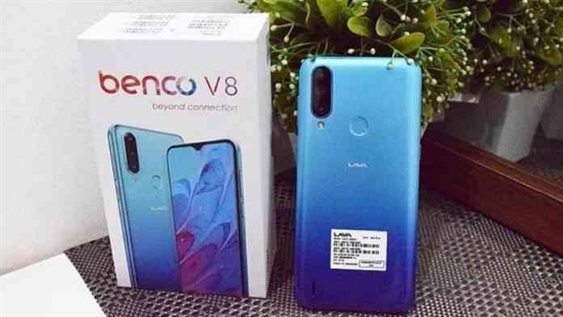 Lava, one of the many smartphone manufacturing brands that have been completely overshadowed by the likes of Samsung and Xiaomi in the mid-range category is looking to make a comeback. The company recently launched the Benco series that looks promising and may help the company get back some of its customers.

The Benco V8 is currently available in Nepal and was launched by INONE technology on the 4th of November.

Benco V8 comes with a 6.53 inched display with an HD+ panel with a resolution  of 1560 x 720 pixels. The phone is equipped with a waterdrop notch that provides the space for 8 MP selfie camera. The rear side of the phone has a triple camera setup with a rear fingerprint sensor as well. The setup of cameras on the rear side consists of a 16 MP primary camera, 2 MP macro lens and a 2 MP depth sensor. The macro lens present on the device changes the clarity of close up images. Macro photos taken from the device look clear and the details are really amazing too. The camera setup is the major feature that can revive the company.

The device has an octa-core processor, MediaTek Helio P23 chipset that offers 8 ARM Cortex A53 cores. These cores are actually divided into two blocks and can be clocked up to 2.0 GHz. Benco V8 has a 2 GB RAM along with a 32 GB internal storage. The availability of a dedicated microSD slot allows the memory to be expanded to 256 GB. The phone runs on 4000 mAh battery which is enough for such a device.

The price of Benco V8 is marked at Rs. 12,999. The device does contain some key features that may actually be enough to set a mark in the low-price segment.

Samsung Galaxy Note 20 Has Arrived, May Soon Launch in Nepal!