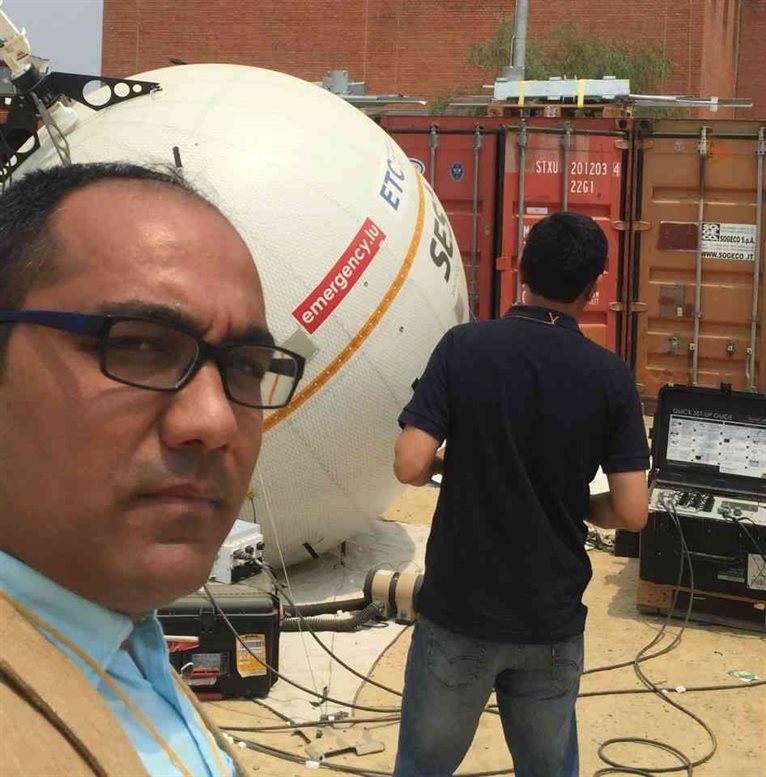 The thing about a black day, it comes once and that one time can destroy everything that had been standing still for a long time. Yes, it is about the devastating earthquake in Baisakh 12 that came with no warning, and it hit so hard that even the ground is trembling till today.
People are scared of what happened that day, and some of them even haven’t been there to their home. The Earthquake with 7.8 Richter scale magnitude didn’t just stop. With the continuous aftershock it brought, people were scared to death.
The most devastating Earthquake in the History of Nepal affected its unprecedentedly. The thousands of lives that got buried in the debris. Fourteen districts and most of them from the Central Development Region has been severely hit by the quake.

The earthquake destroyed a lot from the power grids of the country to the Communication Channel and the media too. Everyone was affected. With this country was turning to chaos.
The earthquake severely destroyed the Infrastructure of the country. It took three days to resume power in some parts of the Capital, and the Mobile Towers were severely affected as well.
Everything was falling apart. However, the number the aftershock started to decrease with more interval and less magnitude and people had just begun to cope up with the situation.
Living in tents, cooking outside had been their only way to survive. But then again another earthquake with a magnitude of 7.4 Richter scale was there to show how powerful mother nature can be.
As people were staying outside and most of the weak infrastructure was already down, the effect was less. But the fear in the people continued. They began to Follow Hoaxes that were started by some wrong intended people.
The country that was trying to get back to normal was again affected. But there were positive aspects too like people got united towards rebuilding the country, youth Clubs and Organizations were active.

With the motto of helping the country upraise again into its position, Internet Society Nepal Chapter had started a mission. A mission that took them to every affected place for serving the people of the country.
They did their part with their actions rather than the words. Their works included restoration of communication infrastructure, Assisting the community radios, implementing mobile charging stations, distribution of power banks, the establishment of emergency information centers.
Their works might seem so less to describe in these words. Their actions for the relief were quite effective. With the help of assistance to community radios, they could provide the required information to the citizens who have been living in fear.
Their primary motive for establishing Communication throughout the country was very thoughtful as Communication is one of those factors that directly or indirectly affect our lives. They have been working with the theme of ‘Reconnect Nepal.’
The solar panels provided to the police and for the public were the ones that helped people Communicate easily and helped Nepal Police during their search and rescue mission. It also helped volunteers to be more useful to the relief work.
Those people who were living in the darkness got to see the face of light with the effort of ISOC collaborating with other stakeholders. The whole internet community came together for the establishment of Communication in different affected parts of the country and ISOC was the one working with them and making a difference.
Even now they are working in different places establishing WIFI stations and call centers. The role they played showed us how much the flow of information was useful and how it helped during the time of this devastation.
Restoring Telecommunication Infrastructure and establishing emergency information centers helped a lot in the proper distribution of relief materials.
It seemed right that without the role of communication, its similar to be living in stone age. People of Nepal and the international community salutes such efforts made by the Internet Society Nepal Chapter.