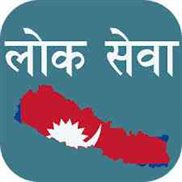 From 2010, every year South Asia’s great mobile communication innovation category this award has been presented. In this year also, in 11 categories, this app was nominated, in which eight countries Afghanistan, Bangladesh, Bhutan, India, Maldives, Nepal, Pakistan, and Srilanka had 20 nominations. Lok Sewa Nepal is the only app that was selected from the whole of Nepal for this award.
Staying at home only, you can

n learn and prepare for your Lok Sewa exam, and keeping this thing as an objective, Nepal Ideas developed this app. “Friends who used to study with us were preparing for their Lok Sewa Exam, but also the preparation class was costly, and it had become tough for them to find new things.” Lok Sewa Nepal Apps’ one of the producer, Ashok Basnet who did Bachelors in Engineering from Pulchowk Campus said “To finish that problem and having the objective of making the Lok Sewa preparation class full of technology, I including my friends cooperating with each other we generated this app and put in the google play store.

In recent, with Basnet, Senior Android Developer Hem Kumar Shrestha and Android Developer and marketing Manager Yubraj Poudyal is involved. In the past, this application was made cooperating with various writers including , it is in partnership with non-technical officer, Nayeb Subba, shopper and the technical side of civil engineering, computer engineering, computer officer, a computer operator, Anami, staff nurse, etc. materials for posts were made available free of charge.

Winning in last Ambilithen Award, in talking with Living with ICT, Basnet said, “With increasing of the users, this app is made available in iOS and Google Chrome Extension.” This app which is in google play store is downloaded by more than 60 thousand people.