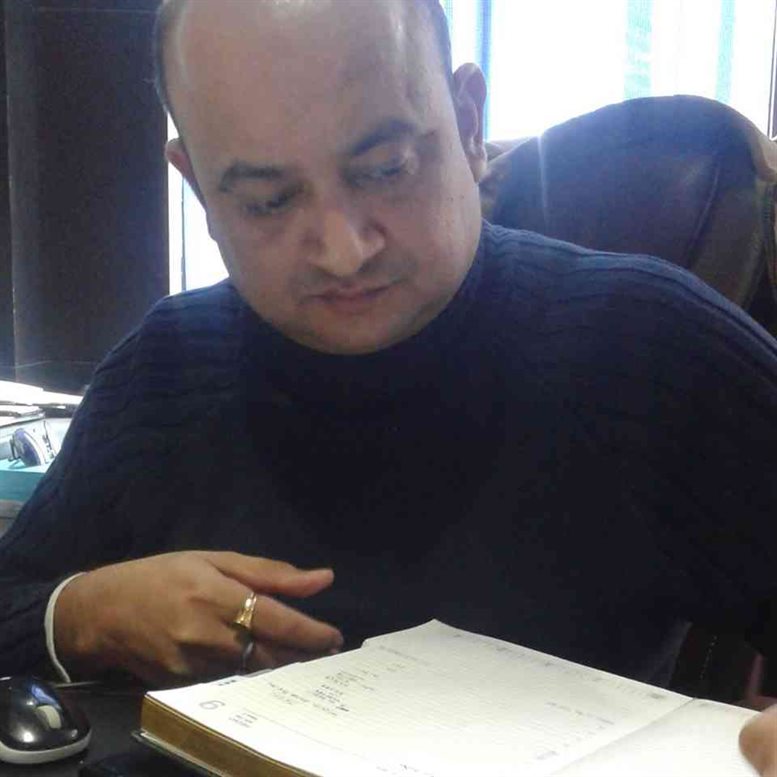 From computer to MOMO until battery to Hen’s seed.

In this issue of ICT Frame portal, the biography of Suresh Lohani, who was engaged since 20 years in the ICT sector, and former member and director of IT sector’s more privileged Company named as Megatech Group is presented.  In 1995, buying computers from a wholesaler and willing to sell them to Biratnagar, Megatech was established, and now it has been the most prosperous country in the IT sector. For providing this success to the company, Suresh had given significant contribution being the able businessman. About his struggle to victory, Author  of ICT Frame has written a story on his success:

As to how Suresh’s introduction is given by Megatech, Suresh has also complimented Megatech in equal. While starting Megatech, he was only 21 years. This is a thing of 2053BS. I had recently finished I.Com. My bother Sailesh Lohani gave a proposal of opening a company in Biratnagar; on telling the opening story of that company, he says, “They had more courage than money for opening a company. With another friend Sujan Thapa and we two brother’s discussion, they had the idea of bringing a computer from Kathmandu Wholesalers and selling them to nearby places of Biratnagar, with this only Megatech Company was established. Basu Joshi also joined us in the team.

At that time, though it was just a small material of IT, the people from Biratnagar were forced to come here in Kathmandu to buy those materials. Some used to take the elements from the airplane also. But, if the computer or the IT accessories are torn out, then there used to be no service center for that. Thereby, the network which used to run on windows 3.1, from that computer the computer training was recently given at that time. Suresh, Sailesh, and Sujan, who used to understand these things, in 1995, they started the business for complete buying of the materials and providing service for the first time. “At that time, computer, photocopy machine, printer, and other materials were bought from wholesalers of Kathmandu and used to deliver in Biratnagar,” said Suresh. “This technology wasn’t much increased.” We used to go to the village by village and tell people about why they need to buy a computer and what’s the benefit of buying them in nearby shops and also organize the program on this.”

The product which was supplied by Megatech started having more demands, after that, this company tie up with India’s that time’s biggest company HL, and started exporting the IT products named as HL Mega Brand. “HL had given the permission to export the materials to Sikkim and Bhutan as well. But, for us Nepali market was more reliable so, we didn’t get in it, he said.

In Biratnagar, Mega Tech is the first company who provides product and service at the same time, staying in Biratnagar and doing corporate supply was being difficult. Now, not only increase the amount in the same place, they decided to move throughout the country, so they opened an office in Kathmandu. This thing is from 2005. Mega tech, after Biratnagar, they took the responsibility of western digital and HL distribution.  After coming to Kathmandu, Mega tech’s business model was changed. “We started selling more products. We made the way of marketing, throughout the country. We were more powerful than comparison to other companies. Moreover, we focused on corporate supply,” said Suresh.

Today Mega tech not only does computer supply but also does business of agriculture, co-operation, momo and hen’s grain. Lenovo, New Metric, Matrix Speculum, Magna CCTV, siren power’s pendrive and hard drive, generator and other products were sold by Mega tech , now they started own company named as Asian Batteries through which batteries made in our own country is produced.

From computer to momo until battery to hen’s grain

Today Mega tech not only does computer supply but also does business of agriculture, co-operation, momo and hen’s grain. Lenovo, New Metric, Matrix Speculum, Magna CCTV, siren power’s pendrive and hard drive, generator and other products were sold by Mega tech , now they started own company named as Asian Batteries through which batteries made in our own country is produced.

“We faced many difficulties in customer support while selling foreign battery in Nepal. This problem was faced by customer, dealer and we ourselves, that’s why Megatech started producing their own battery in full phase.”

Like this, one company is working in other various sectors and the reason behind this is Suresh and his teams’ willingness and good management. “We used to carry computers from Biratnagar and deliver it in Kakadvitta at night. Today we don’t have to work like that. In past, starting this company with only three of us lead to deliver the product by ourselves only. Today Megatech has provided job to 700 hundred people directly and 1500 people indirectly. I have taken this as a contribution towards the society,” he said.

In the market network, service and presence’s calculation, today Megatech lies in Nepal’s one of top IT company. To bring the company to this state, Suresh and his teams’ honest businessman ship was important. “If they were not honest in business and if had started breaking the trust of people, then we wouldn’t have been this successful. But we didn’t come for only one-day business, we came for providing continuous satisfaction to our customer, and my team and I have shedded lots of sweat,” he said. “In the history of 20 years of Megatech, the main thing that satisfies me is that there is still not even a single customer who said Megatech had cheated us.”

I wish to remain creative always

The person who is satisfied with his life, he said that he has positive thoughts for his future. He says, “I ought to remain creative always. This is my wife’s recipe. A person needs to be honest, patience and creative to become successful, he said. The person who loves the taste of his work can only get success. When we asked him about his weakness, then he said, “His main weakness is the time management. There is always less time for all kinds of work. I keep on doing the work, until and unless I get success in that. In between, other opportunities keep on going waste.”

Suresh who has gone through springs of 20 years for Megatech wants to go through all other remaining spring for Megatech to make it more successful. He wants horizontal growth for Megatech. “Megatech is not only a distributor but also working as producer throughout the country,” he said. In recent, in Megatech’s brand Asian Battery is not the only thing, but also it produces grain for cows and hens, and the company’s name is Asian Feed.  Suresh is on the process for producing hen’s child (chicken) as soon as possible. In Megatech’s name, a resort in Dakshinkali is started. Along with that, there is a company named Megatech Invest in Biratnagar, and they are also a promoter of Srijana Finance of Biratnagar. Like this, he has made a provision of helping the people from over the country through his company.