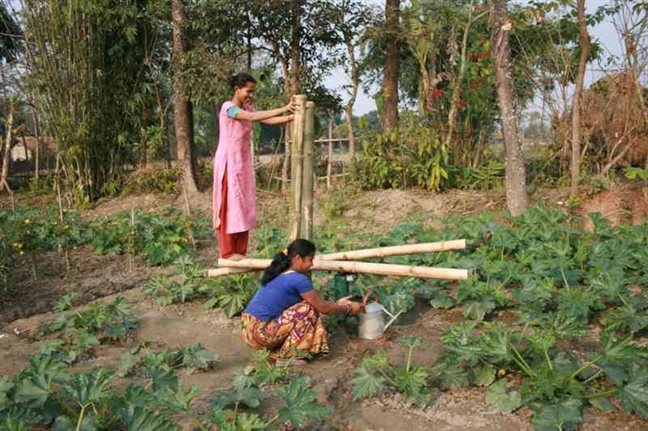 All of us have heard the statement, “Nepal is an agricultural country.” Well with no doubt it is! According to the International Labor Organization, 68% of Nepal’s population is employed in the agriculture and forestry sector, accounting for 34% of the GDP. Despite being the major contributor in the nation’s economy, the agricultural sector’s growth rate was static at 2.41% between 2011/012 and 2015/16. Over the last five decades, the population has increased significantly and has put huge pressure on productivity. One result of this pressure has been a decrease in the average size of land holdings from 1.1 hectares to 0.7 hectares. In the fiscal year 2013/14, Nepal imported agricultural products worth $1.298 billion, but its export was only about $268.91 million.

One of the problems that have caused the lack of productivity in the agricultural sector is the use of traditional technology. We can see that the interest of people is shifting from the farming sector. Educated people want to be engaged in professions other than farming plus agricultural land is continuously being degraded to create land for settlement. In such a scenario, the use of conventional farming techniques hasn’t served to increase the productivity of the field so as to meet the demand of the market.

Crops need the right amount of water to grow. Irrigation is one of the major challenges of commercial farming in Nepal. Due to lack of proper irrigation facilities, annually tons of crops die of drought. Though the government is continuously working on increasing irrigation facility, farmers themselves can use modern methods such as Treadle pump and Drip Irrigation Technology to water their crops.

There is a gap between demand and production in the agricultural sector. And where there is a gap, there is an opportunity. Young entrepreneurs can bring new tech in the field and can contribute to not only the life of the farmers but the whole country’s economy.