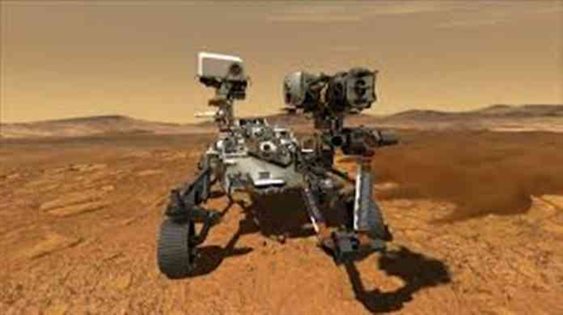 The Mars mission of the US Space Agency (NASA) has been successful. The Perseverance Rover mission landed on Mars on Friday night.

The first photo was sent after the rover had landed. The rover landed on the surface of Mars at 2.40 p.m. in Nepal on Friday.

There was excitement at the rover landing at the NASA Mission Control Center. The new rover landed on Mars and NASA’s ten years of hard work has been a success.

The purpose of NASA’s Mars mission is to explore the possibility of life on Mars. The Perseverance Rover landed on the Jezero Crater, a tough location on Mars. The rover will submit information about the crater as well.

The six-wheeled rover will now be drilling on local rocks for at least the next two years and searching for signs of past lives. A small helicopter was also placed in the rover.

Billions of years ago, Jezero was estimated to be a huge lake.   Where there is water, and where there is a chance of life. The altered climate and ecosystem of Mars in this part of Mars, according to scientists, dried up the river and converted it into a delta. Scientists claim that life fossils can be found around this delta.

You may also like this: Has NASA found a Parallel Universe Where Time Runs Backward?

The mission of NASA was very challenging. First, NASA made the Jezero Crater, a remote place for the mission’s rover landing, a landing site, and second, this time the rover weighed more than a ton.

The rover will submit a range of information from Mars to the Earth Control Center. It’ll take about 11 plus minutes for the message-photo to reach the Earth.

The rover will also fly a drone helicopter from the surface of Mars into the sky. Helicopters will fly over the sky to take pictures of Mars as well as gather much other important information.