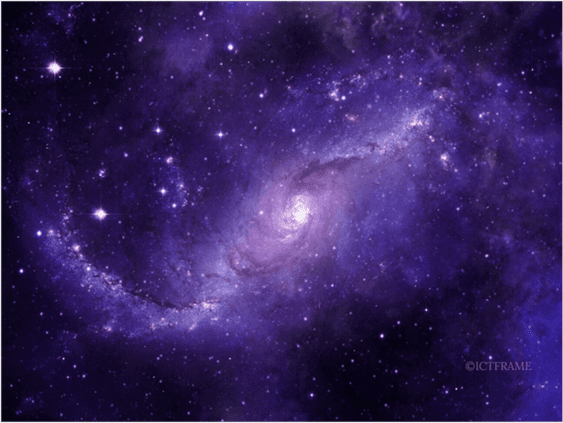 Recently, there was news circulating that NASA has found evidence of the existence of a Parallel Universe where time runs backward. It does sound something pulled off from a Sci-fi movie. So, has NASA really found a Parallel Universe?

In fact, it would be such a huge breakthrough if there was a universe unknown to us let alone one where time runs backward. It was all over the international news and thanks to the decades of pop culture, some of us were excited.

But, is it really true?

To burst your bubble, NASA hasn’t discovered a parallel universe. There is no proof of its existence as of yet. For now, the one where we reside is all we have got.

You May Also Like: The Conspiracy Linking 5G To Coronavirus Continues To Spread

How did the Parallel Universe Theory Emerge?

The news of a Parallel universe was actually based on an experiment in Antarctica where detected particles broke the laws of Physics. According to the New York Post, these particles could be born in the Big Bang. NASA’s Antarctic Impulsive Transient Antenna (ANITA) team discovered these mysterious particles that could possibly be from a parallel realm.

Apparently, the constant “wind” of high-energy particles raining down to Earth from space makes it a little tricky. The low-energy, subatomic neutrinos can pass through Earth completely owing it to their low atomic masses. However, the landmasses stop the higher energy particles.

Initially, the team thought that these high energy particles were coming down, though later they discovered that isn’t the case at all. ANITA detected heavier particles, called tau neutrinos, coming up from the Earth, towards outer space. These particles are believed to be traveling backward in time which many would deem impossible. Thus, NASA scientists believed they stumbled upon something from a parallel universe.

The New Scientist magazine published a feature on April 8 on this discovery. Soon, reports surfaced online and snowballed as we know it.

What Exactly is up with these Anamolous Detections in Antarctica?

ANITA’s experiment involves a high-altitude helium balloon with an array of radio antennas. These antennas spotted highly energetic neutrinos as we mentioned earlier. However, the weird fact is that it has not yet been proven to be an effect of some object from the parallel universe.

ANITA, flying high above the icy Antarctic continent, detects signals of secondary particle showers produced when the high-energy neutrinos smash into ice. It is important to note that such neutrinos are supposed to come from the depth of cosmos, and not the Earth. This means there are good chances they might have come in contact with something else before even entering our atmosphere.

Scientists are still trying to figure out if these anomalies are explainable through existing laws of Physics, or is the phenomena really out of this universe.

The principal investigator of ANITA told ScienceAlert that we are certainly not at that point where parallel universes are necessary.

Several online reports, journals, and magazines went ahead with articles that were not verified. Until there are actual findings, we may have to stick with sci-fi movies. No matter how bad 2020 gets with the pandemic among other things happening in the world, scientists are nowhere closer to conclude the existence of a parallel universe.

These Are The Best Economical Bikes In Nepal