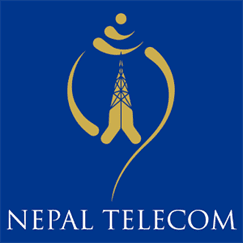 “The existing recharge card will be in operation till it is in stock,” informed the telecom.

Telecom also stated that customers could purchase Namaste Recharge Card of Rs. 50 to 1000.

According to the company, Customers from landline or mobile can dial to 1415 or 1412 for any kind of required services.

In Nepal, running any shape of telecommunication service dates back to B.S. 1973. But formally telecom service was offered mainly after the establishment of MOHAN AKASHWANI in B.S. 2005. Later as per the plan prepared in First National Five year plan (2012-2017), Telecommunication Department was established in B.S.2016.

After serving the state for more than two decades with great pride and a sense of accomplishment, Nepal Telecommunication Corporation was converted into Nepal Doorsanchar Company Limited (NDCL) from Baisakh 1, 2061. Nepal Doorsanchar Company Limited is a company registered under the Company Act 2053. However, the company is known to the general public by the brand name “Nepal Telecom” as its registered trademark.

Transforming Nepal Telecom from a government-owned monopoly to a trade-oriented, customer-focused company in the competitive environment, Nepal Telecom encourages all the shareholders in the sacred work of nation-building. (From the official website of Nepal Telecom)