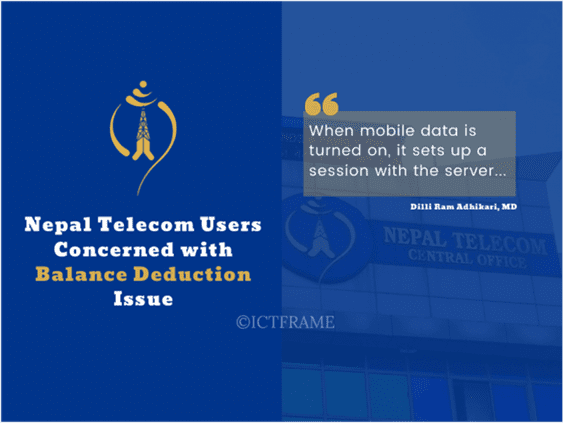 Nepal Telecom users are facing balance deduction issues and its trending in social media. Apparently, it is happening several times a day with the deduction of Rs. 0.09 (9 paise) on data usage. According to the complaints, it has been happening for over a week.

We would’ve jumped to the conclusion that it is solely NTC’s system fault if all NTC users faced this issue. However, we checked the data usage of one of our mobile phones but there were no records of any balance deduction there. 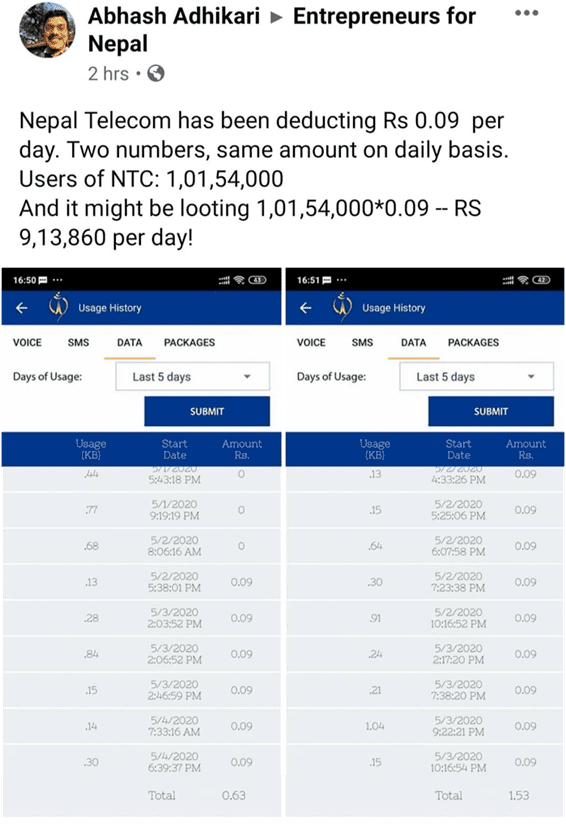 As you can see, the balance has been deducted several times a day. He hints at a possible loot of Rs. 9,13,860 per day. Could it really be?!

But why is this happening?

Well, some users suggest it is due to WiFi assistance or background data usage. After some digging, we found similar cases and suggestions on the internet.

A user in quora says:

There was a similar incident with Vodafone in the past in which users would constantly see an alert box that says “Vodafone session cost 0.04”. A user found two possible solutions to this: 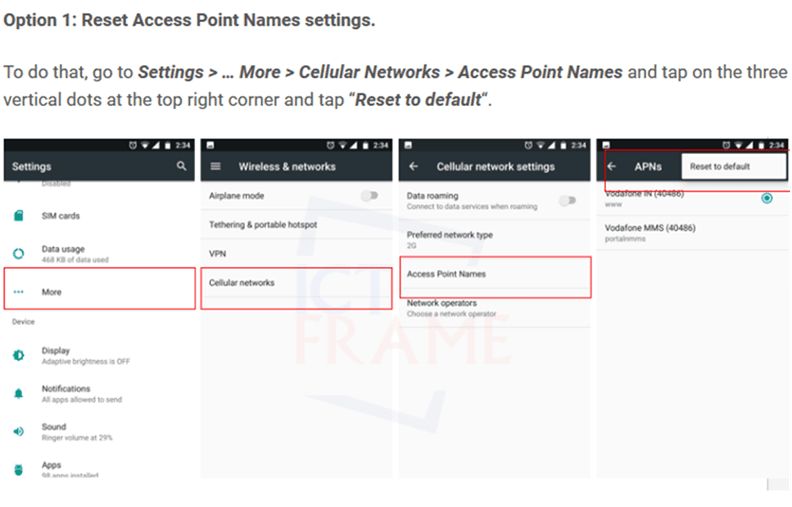 And if it didn’t work, the second option was to change the preferred network type to 2G from your cellular network option on phone settings. Obviously, you would have to change it back to 4G to use mobile data.

What does Nepal Telecom say?

We asked the Managing Director of Nepal Telecom, Dilli Ram Adhikari about this issue. He says, “When mobile data is turned on, it sets up a session with the server and the data charge for a normal tariff is 9 paisa per 100KB. Some apps running in the background may also try to establish a session using mobile data due to which the balance is deducted.”

He also adds that it has been the same before and it is not a new case. Since now people can view their data usage history using the Nepal Telecom app, people have started noticing it. Furthermore, Mr. Adhikari says that studies have been going on to find the issue with certain devices as the balance is not deducted in all devices.

Some apps that have a nature of live monitoring and location updates send certain information and start a session which results in the balance deduction with a minimum charge. Mr. Adhikari also says that some devices may start a session as soon as mobile data is turned on while it may happen during internet browsing in other devices.

How to Restrict Data Usage on Apps

You can try restricting data usage on apps if you are unsure about any of your apps using data even if the mobile data is off.

Here’s how (on MI phone, but the procedure is similar on most phones):

Whatever it is, the users are concerned about their balance deduction. Following up on social media, it seems like it is not happening with just a specific brand or type of phone. After hearing about this issue, we checked on one of our phones and found no records of such an issue.

Is it happening with your phone too? Let us know more!

How Can Telco and ICT Sectors Support the Digital Nepal Movement? 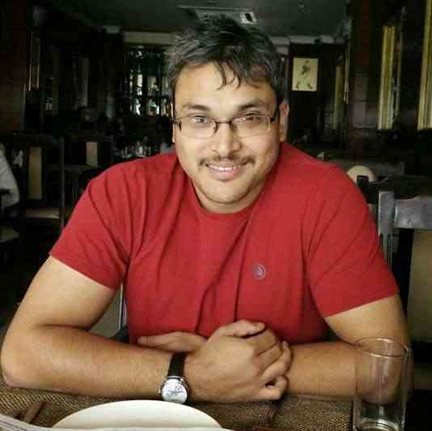 Learning And Experimenting Is Essential For SEO