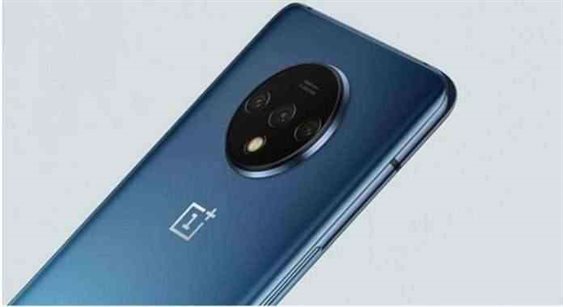 The newest addition to the smartphone category for OnePlus, the OnePlus 7T is officially available in Nepal. The phone comes with some serious upgrades following the OnePlus 7 Pro version.

OnePlus 7T runs on the latest Android v10, also known as the Android Q operating system. The phone comes with a Fluid AMOLED display and 6.55 inch(2400×1080 pixels) Full HD+ panel. The phone has an aspect ratio of 20:9 and an amazing 90 Hz refresh rate. The refresh rate upgrade adds to the smartphone’s features and makes its display perfect for gaming.

The device is powered by the Octa-Core processor and runs on the Qualcomm Snapdragon 855+ Chipset. The camera configuration on the OnePlus 7T primarily focuses on the 48MP sensor. The aperture on the device has received a major upgrade and now is of f/1.7 allowing the camera set up to take brighter photos. The camera configuration is completed by the 16 MP + 12 MP sensors with features like fixed focus. The telephoto lens present on the OnePlus 7T comes with a 2x optical zoom but lacks the Optical Image Stabilization feature. The phone is equipped with a 960-fps slow-motion feature capable of taking videos in 720p resolution.

The smartphone is backed up by a 3800 mAh battery with Warp Charge 30T support. Although the battery power is a reduction from the OnePlus 7 Pro version, the charging time is highly reduced. In comparison to the 7 Pro, the 7T version charges 23% faster.

The OnePlus 7T has been launched at the starting price of Rs. 67,000 in Nepal by iHub, who are the authorized distributors of OnePlus phones.