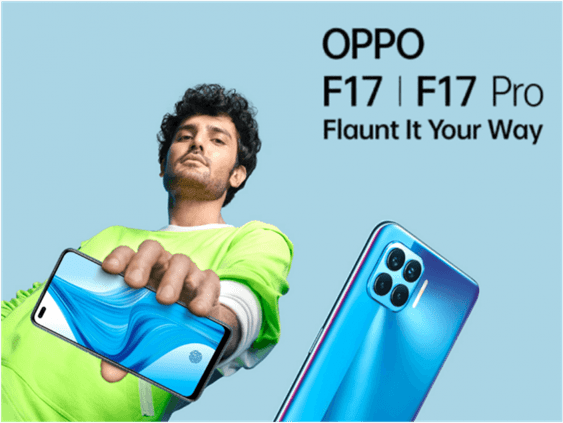 Termed as “the sleekest smartphone of 2020” by Oppo, the F17 Pro has finally been unveiled in Nepal. Right from its launch, it has become a competitor to the Realme 7 Pro and Samsung M31s.

The slim form factor on the F17 Pro is what gathers the attention. The smartphone is just 7.48mm thick and weighs 164 grams, which also makes it the lightest in the company’s ‘F’ series. 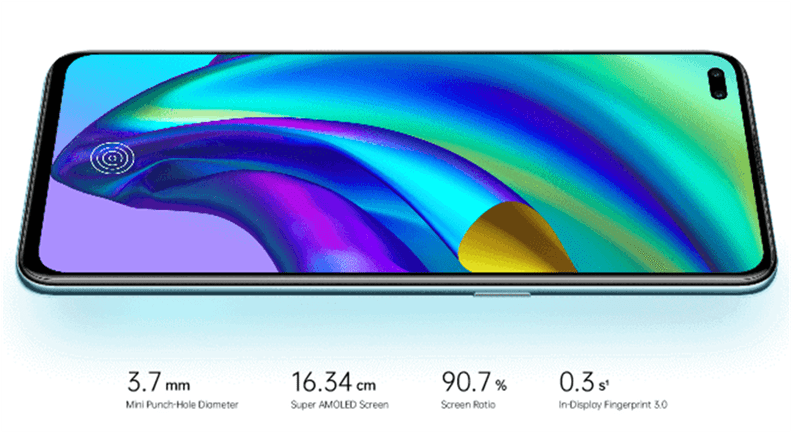 Talking about the display, buyers get a 6.43-inches Super AMOLED panel with FHD resolution. The regular refresh rate is at 60Hz, but F17 Pro also gets a 180Hz touch sampling rate. Protecting the display is a Corning Gorilla Glass 3.

The dual punch-holes on the top-left part of the screen houses the front camera. Likewise, it has an in-display fingerprint scanner with the potential to unlock the phone in just 0.3 seconds.

On the back, Oppo F17 Pro comes with a quad-camera setup. Interestingly, the square module of the camera setup is the only glossy section on the rear panel. This means that the rear panel has a shiny matte finish.

Buyers can pick from one of these color options – Magic Blue, Matte Black, and Metallic White.

The rear camera array is home to a 48MP primary lens, an 8MP ultrawide camera, and a pair of two identical 2MP mono sensors. The square module on Oppo F17 Pro gives the vibe of Apple’s iPhone 11 Pro, except it looks like a gas stove. (See for yourself)

Jokes apart, you get 2x and 5x zoom options with the primary lens. On the side of the camera module, there’s an LED strip.

Under the hood, the Oppo F17 comes with a MediaTek Helio P95 chipset, which is comparable to the Snapdragon 730G based on the benchmark scores. The Helio P95 SoC is paired with a single memory configuration of 8GB LPDDR4x RAM. Buyers get a 128GB of UFS 2.1 storage, which is expandable using a micro SD card.

The Oppo F17 Pro runs on the company’s latest ColorOS 7.2.

The smartphone sports an impressive 4015mAh battery. According to the company, the 30W fast charging support can fully charge the smartphone in just about 53 minutes.

An interesting charging feature on the Oppo F17 Pro is that it has an AI Night Charging Mode. This charges the phone overnight landing on 100% at an AI determined wakeup time. 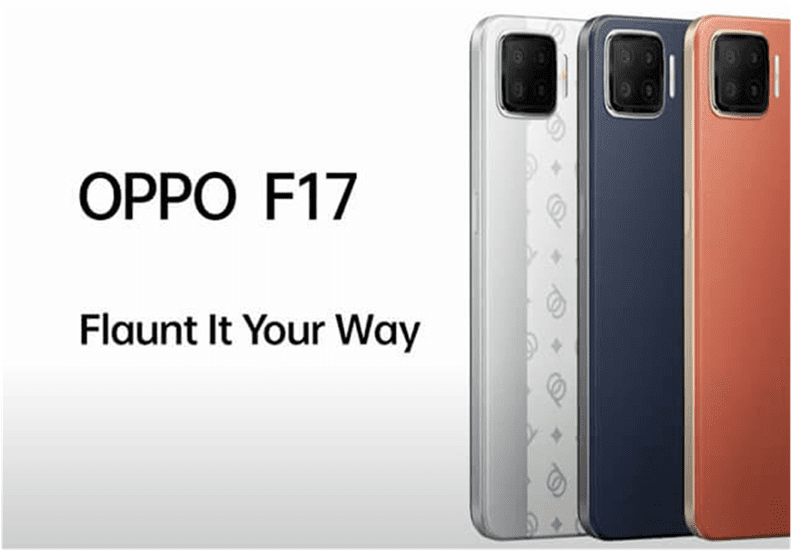 Now, let’s move on to the Oppo F17, which has a similar screen size as the Pro version – 6.44-inch display. Talking about the cameras, the rear quad-camera setup sports a 16MP primary lens. Accompanying it is an 8MP ultrawide camera, a 2MP mono lens, and a 2MP depth sensor.

Under the hood, the Oppo F17 features Qualcomm’s Snapdragon 662 chipset. As opposed to F17 Pro, the F17 comes with an option of 4, 6, or 8GB of RAM. Likewise, buyers can choose from 64GB and 128GB of internal storage.

The Oppo F17 runs on Oppo’s latest ColorOS 7.2 on top of Android 10. Powering the smartphone is a 4000mAh battery that supports 30W fast charging.

Here is the comparison chart for the F17 series.

Are you looking forward to getting your hands on the newly released Oppo F17 Pro in Nepal?