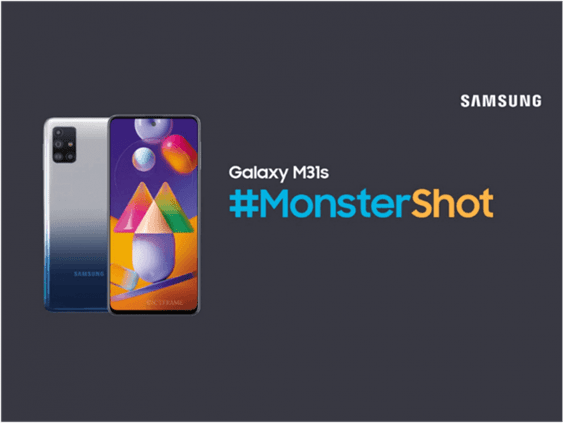 A recent teaser from Samsung gave us some interesting insights into the newly launched Galaxy M-series device. Since the device is now official, we are going to share some of that information with you today.

On the display front, buyers will get an Infinity-O display – a first in the Galaxy M series. It even has a centered punch hole. Moreover, it comes with a Super AMOLED panel with Full HD+ resolution and a 6.5-inch screen size. 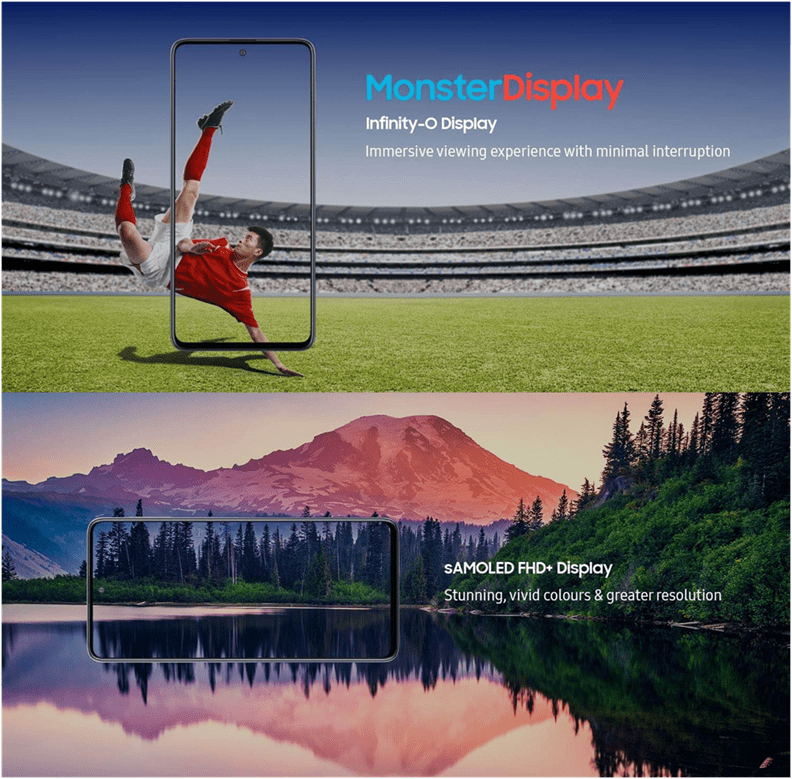 There’s also an L-shaped Quad-camera setup at the back along with the LED flash. This means that we get a rectangular camera bump that houses the camera setup. Furthermore, it has a two-tone design on the back which is unlike the other M-series smartphones.

And, there won’t be a fingerprint scanner on the back. Buyers will find the fingerprint sensor at the side which is easily accessible with the thumb. However, the fact that it comes with a dated Corning Gorilla Glass 3 protection is a disappointment.

As we mentioned earlier, the Samsung Galaxy M31s packs a quad rear camera with a 64MP primary lens. It even has the company’s single Take function which means that users can take multiple photos and videos with one take.

Finally, more information has arrived on the other three sensors with the official launch of the Galaxy M31s. These include a 12MP ultra-wide-angle camera with 123° FOV, a 5MP depth sensor, and a 5MP macro camera. Meanwhile, the selfie shooter is a 32MP camera that buyers can find inside the punch-hole cutout.

The selfie camera is also a wide-angle lens. Talking about video features, both front and rear cameras are capable to record 4K resolution under 30fps.

Another disappointment from the Samsung Galaxy M31s, although no surprises, is that it comes with the Exynos 9611 SoC. Yes, the same old chipset that is also present in devices like Galaxy M21, M31, and A51. So, it will be tough for the M31s to compete with the likes of Realme 6.

Furthermore, the device has an option for 6GB and 8GB of RAM. They are coupled with 128GB (UFS 2.1), which means there are only two variants for this smartphone. With the advancement in camera tech and apps, we get why Samsung chose to go only with the 128GB internal storage. Although, it would be interesting to see where this leads the smartphone market in the future.

The device also packs a powerful 6000mAh battery that supports 25W fast charging. To recall, its non-s variant also had the same battery power, but with 15W fast charging. So, we will be getting an upgrade in the charging department.

In fact, the company claims that this charger can fill the Galaxy M31s from 0 to 100% in just 97 minutes. In addition, the device also comes with a Type-C cable that supports reverse charging.

Will you be waiting for the Samsung Galaxy M31s to launch in Nepal?