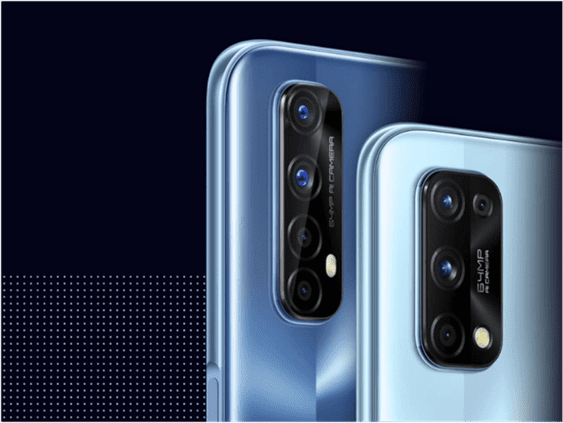 Realme really doesn’t know how to simply rest. In fact, it has recently launched Realme 7 and Realme 7i in Nepal.

However, the official launch of Realme 7 and its Pro version was a couple of months after the launch of the Realme 6 series.

So, let’s have a look at the specs, features, availability, and price of the Realme 7 and Realme 7 Pro in Nepal.

Build up to the Realme 7 Series Launch

The speculations first started with the CMO of the company posting a soda can with a label containing the number 7.

However, that was just a spark. Later, Realme India CEO Madhav Sheth shared a tweet about building two new smartphones for the Indian market. 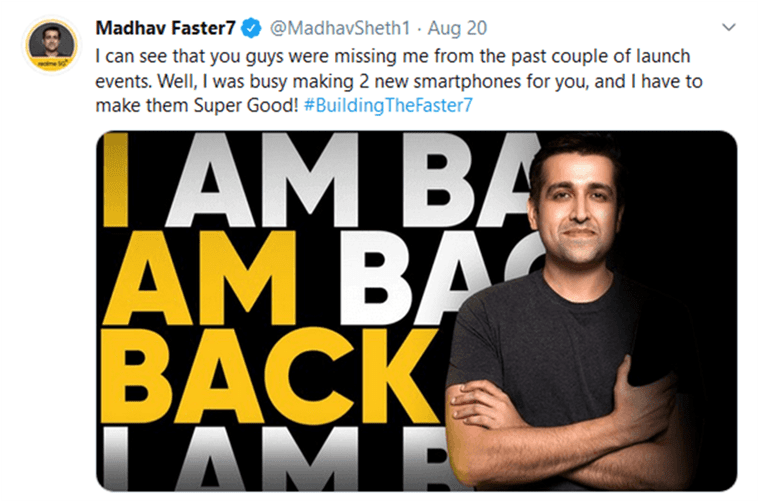 Notice the hashtag #BuildingTheFaster7? It didn’t take long for netizens to speculate on the possibility of the Realme 7 series in the making.

The Realme 7 Pro made the first appearance in a leaked certification document.

The Realme 7 Pro offers many pricey features at an affordable rate. Let’s start with the build. Realme terms its split gradient pattern on the back of the Realme device as “mirror design”.

The phone has a polycarbonate back and a metal side frame. The back has a rectangular module for the quad-camera setup with no noticeable camera bump.

On the front, the Realme 7 Pro sports a 6.4-inch AMOLED display and comes with the standard 60Hz refresh rate. Gorilla Glass 3 protects the front display from scratch and fall damage.

On the camera front, it comes with a 64MP Sony IMX682 primary lens. Accompanying it is an 8MP wide-angle camera, a 2MP B&W portrait camera, and a 2MP macro camera. Meanwhile, the selfie snapper is a 32MP camera.

The device uses Snapdragon 720G, which is a capable chipset despite being featured in the Realme 6 Pro. It is backed by 6GB and 8GB of RAM configuration. Similarly, Realme 7 Pro comes with 128GB of internal storage.

Now, one of the highlights of the Realme 7 Pro is its 65W Dart charging support. Under the hood, the device has a 4500Mah battery with a 65W SuperDart charge. It can charge the Realme 7 Pro from 0 to 100% in just 34 minutes. 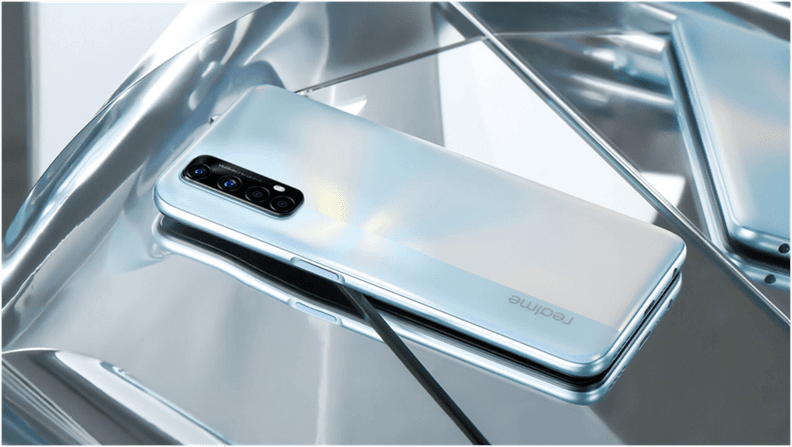 Realme 7 can prove to be a great budget smartphone for gaming. Starting with the looks, the smartphone has managed to achieve a frosted glass look quite similar to that on the OnePlus 8 Pro.

The front has slim bezels with a punch-hole cutout for the selfie shooter. The Realme 7 features a 6.5-inch display and an aspect ratio of 20:9. Combine that with the HDR10 and you get superb quality to watch OTT content.

Like the Realme 7 Pro, this device too gets a 64MP Sony IMX682 primary camera. Secondary cameras include an 8MP ultra-wide camera with 119-degree FOV, a B&W sensor, and a macro lens. Upfront, the selfie shooter is a 16MP Sony IMX471 sensor that supports 1080p recording at 30fps.

Unlike the Pro version, Realme 7 features MediaTek’s Helio G95 chipset. The processor is backed by either 6 or 8GB of RAM. Likewise, buyers get an option to choose from 64GB and 128GB of internal storage.

Moving on to the battery, the Realme 7 comes with a 5000mAh battery that supports 30W Dart charging. It has a 30W charger inside the box as well.

Check out the comparison between the members of the Realme 7 series.

Also Read: Realme 6 vs Realme 6i